In ‘time of tension,’ role of Alliance of Civilizations must be enhanced, says Ban

In ‘time of tension,’ role of Alliance of Civilizations must be enhanced, says Ban

13 May 2013
In an increasingly interdependent world with diverse cultures exposed to each other more than ever before, the United Nations-backed initiative seeking to enhance cross-cultural relations must be improved to reflect the international community’s changing dynamics, Secretary-General Ban Ki-moon declared today.

Speaking at a meeting of the Group of Friends of the Alliance of Civilizations, held at UN Headquarters in New York, the Secretary-General underscored the importance of the six-year old intercultural Alliance amid a fast-changing global backdrop of demographic changes and technological advancements.

“At a time of tension, mistrust, and violence between communities, we knew that we needed a forum for listening: listening to the concerns, hopes and aspirations of people on all sides, and then, galvanizing them to work together on shared challenges,” Mr. Ban told the gathered delegates.

He added that the creation of the Alliance in 2005 through the initiative of Spain and Turkey, and under UN auspices, established a much-needed forum where civil society, governments and the private sector could learn from each other and “stand up for tolerance and inclusivity and against extremism and polarization.”

“We have created a globally recognized initiative that now attracts thousands to its annual meetings, engages millions around the world through its social media campaigns, and directly benefits young people by empowering them through youth-led projects,” he continued.

Among the initiatives spearheaded by the Alliance, the Secretary-General recalled the training of hundreds of journalists in different regions around the world on how to report on culturally divisive issues as well as the establishment of better links with Member States and civil society partners.

In one recent instance, following the release of an anti-Islam video that led to protests in several countries in late 2012, the Alliance launched a social media initiative to ensure that the voices of moderation were not drowned out by the vocal and violent minorities on any side. Called “Represent Yourself,” the Twitter campaign engaged more than 3 million people in just a few days.

However, Mr. Ban noted, the Alliance’s past successes did not exclude it from future improvements.

“How do we strengthen the Alliance’s ability to act where others do not or cannot on their own?” he asked before stating that now was “the moment to refine and enhance” the Alliance’s efforts.

In his address to the meeting, Nassir Abdulaziz Al-Nasser, the UN High Representative for the Alliance, similarly highlighted the initiative’s role in uniting cross-cultural communities despite pervasive economic and social difficulties the world over.

“This is a testing time for the international community. We face urgent political challenges, from Africa to the Middle East to the Asia Pacific Region. We also face serious development challenges, from the aftermath of the economic crisis to climate change,” cautioned Mr. Al-Nasser.

“At such times, we need to pull together, showing that multilateralism can serve people in a meaningful way as stipulated in the UN Charter,” he continued.

Among the Alliance’s planned programmes on priority areas such as media, migration, youth and education, Mr. Al-Nasser singled out initiatives to mobilize and strengthen youth-led efforts to build more peaceful communities as well as a new agenda for diversity and inclusivity in the Asia-Pacific region.

“The Alliance is an instrument of the United Nations that is here to prove that diverse actors on the international arena can become further aware of their shared responsibilities, and can forge consensus on global challenges,” he added. 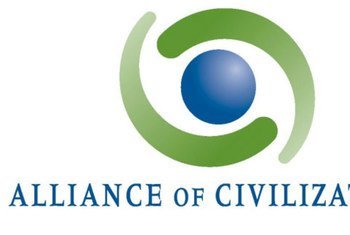 28 September 2012
Secretary-General Ban Ki-moon today lauded the United Nations-backed initiative that seeks to promote better cross-cultural relations worldwide, noting in particular its recent efforts in the wake of the release of an anti-Islam video that led to protests in several countries.