The United Nations envoy dealing with Western Sahara is on his way to the Russian capital, Moscow, as part of consultations designed to build international support for the negotiations aimed at resolving the long-running conflict.

The UN has been involved in mediation efforts to find a settlement in Western Sahara since 1976, when fighting broke out between Morocco and the movement known as Frente Polisario, after the Spanish colonial administration of the territory ended.

A UN peacekeeping force, known as the UN Mission for the Referendum in Western Sahara (MINURSO), has also been in place since 1991.

Christopher Ross, the Secretary-General’s Personal Envoy for Western Sahara, met yesterday with senior officials from the US Department of State. Those meetings, along with the ones planned for Moscow, are the first steps in further consultations with the Group of Friends of Western Sahara.

In addition to the US and Russia, the Group includes France, Spain and the United Kingdom. During his trip, which runs until 15 February, Mr. Ross will also visit Germany and Switzerland.

“These consultations aim at building additional international support for the Western Sahara negotiations in preparation for the next phase of engagement with the parties and neighbouring States, foreseen for March,” UN spokesperson Eduardo Del Buey told reporters in New York.

Numerous rounds of UN-backed informal talks aimed at reaching a settlement in the Western Sahara dispute have taken place in the past few years involving delegations from the parties – Morocco and the Frente Polisario – and the neighbouring countries of Algeria and Mauritania. 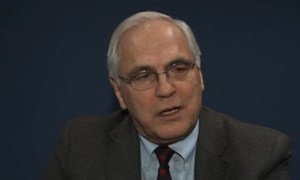 Amid the rising threat of extremist elements in Africa's Sahel region, the dispute over Western Sahara must be resolved before lingering hostilities consume the North African territory, the United Nations top official on the issue warned today.