A United Nations independent expert today called on the Government of Madagascar to take “urgent measures” in its fight against poverty, adding that poverty was the driving factor in the island nation’s slavery epidemic.

“Human rights cannot thrive in an environment of extreme poverty,” the UN Special Rapporteur on contemporary forms of slavery, Gulnara Shahinian, stated in a news release at the end of her first-ever visit to the African country.

During her trip – which included stops in the towns of Antsirabe, Ambositra, Fianaransoa, Ihosy, Sakaraha, and the capital, Antananarivo – Ms. Shahinian noted that she was informed that over 70 per cent of the population in Madagascar is poor and over 50 per cent is extremely poor.

Moreover, she detailed the lingering effects of Madagascar’s caste system and the deeply rooted discrimination resulting from it, which continues to marginalize the most vulnerable people in society, particularly those descended from slaves.

“Madagascar’s experience has shown the extent to which men, women, and children suffering from extreme poverty end up living in conditions of contemporary forms of slavery such as domestic servitude, child slavery in mines and quarries, bonded labour, and servile marriages,” Ms. Shahinian said.

She noted that many parents across Madagascar are “desperately poor” and are often faced with few alternatives regarding employment and where to send their children to school. As a result, the children, who are frequently undernourished and suffer from chronic hunger, are doled out across the countryside as domestic workers in order to pay off rising debts or simply to help feed the family. In addition, many girls and boys are forced to marry against their will and at ages as young as 10 years old, despite laws to the contrary.

The UN expert also pointed out that many children were illegally working in Madagascar’s artisanal mining and quarrying sector, often living in remote areas plagued by violence and lawlessness where they were exposed to rape, prostitution and potentially fatal health hazards.

Nevertheless, Ms. Shahinian emphasized that the country’s authorities already had proper legislation on its books to counter the diffuse problem of slavery but that they were not being implement or monitored prompting impunity and corruption.

“The Government, as well as civil society and international organizations cannot continue to ignore this issue,” she stated. “I urge the government to develop urgent measures and fully resourced programmes with local authorities and work closely with civil society and international organizations in order to secure funding and combat contemporary forms of slavery.”

UN independent experts, or special rapporteurs like Ms. Shahinian, are appointed by the Geneva-based Council to examine and report back on a country situation or a specific human rights theme. The positions are honorary and the experts are not UN staff, nor are they paid for their work.

UNESCO marks day in remembrance of slave trade and its abolition 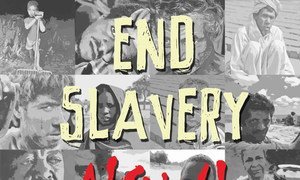