China received 526,412 applications compared to 503,582 for the United States and 342,610 for Japan, according to the latest report from the Geneva-based World Intellectual Property Organization (WIPO).

“Sustained growth in IP filings indicates that companies continue to innovate despite weak economic conditions,” said WIPO’s Director General, Francis Gurry. “This is good news, as it lays the foundation for the world economy to generate growth and prosperity in the future.”

As part of its mandate to encourage IP in order to stimulate creativity, WIPO monitors global registration of patents, copyright, trademarks, designs and utility models (UMs) – the latter being instruments that protect inventions for a limited period of time.

Ahead of 2011, China had already been the world’s largest processor of UMs, WIPO reported.

In the report, the UN agency notes that China’s State Intellectual Property Office (SIPO) became the “largest patent office in the world” after overtaking the United States Patent and Trademark Office (USPTO) in 2011 and the Japan Patent Office (JPO) in 2010.

Only Germany, Japan and the United States had held the top spot during the 100 years before 2011, with China accounting for 72 per cent of the almost 294,000 increase in patent filings worldwide between 2009 and 2011

“Even though caution is required in directly comparing IP filing figures across countries, these trends nevertheless reflect how the geography of innovation has shifted,” Mr. Gurry said in the WIPO report’s foreword.

According to the report, patent filings worldwide grew by 7.8 per cent in 2011, exceeding seven per cent growth for the second year in a row, after a 3.6 per cent decline in 2009 in the wake of the global financial crisis.

Similarly, UM, industrial design and trademark filings increased by 35 per cent, 16 per cent and 13.3 per cent, respectively, said the agency.

Worldwide, patents for digital communication and renewable energy technologies represented the highest filing increases from 2006 to 2010, the report showed. WIPO also said that computer technology patents accounted for the largest overall number, while filings for pharmaceuticals have declined since 2007.

The report said that a record 4.2 million trademark applications were filed worldwide in 2011, largely due to “rapid growth in filings in China” in recent years.

Industrial design applications worldwide also grew strongly over the last two years, increasing by 16 per cent in 2011 after a 13.9 per cent increase in 2010, the report said, adding that growth in China was again the key driver.

World Intellectual Property Indicators 2012 also highlighted applications for the protection of new varieties of plants, saying they grew by 7.8 per cent in 2011, with some 60 per cent of the applications occurring in Israel and the European Union. 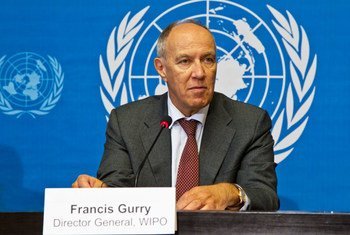 1 October 2012
The current patent wars around the world underline the need for an international system that provides an even playing field for actors and supports innovation in line with current economic and technological realities, the United Nations World Intellectual Property Organization (WIPO) said today.