14 November 2012
Two of the world’s most acclaimed opera stars, the tenors Juan Diego Flórez and Placido Domingo, will be appointed Goodwill Ambassadors for the United Nations cultural agency, with the aim of helping spread its ideals through their advocacy.

Two of the world’s most acclaimed opera stars, the tenors Juan Diego Flórez and Placido Domingo, will be appointed Goodwill Ambassadors for the United Nations cultural agency, with the aim of helping spread its ideals through their advocacy.

According to a news release from the UN Educational, Scientific and Cultural Organization (UNESCO), the appointment of the Peruvian bel canto tenor, Mr. Flórez, is in recognition of his “dedication to initiatives related to social inclusion and education, especially in his capacity as President of the foundation Sistema de Orquestas Infantiles y Juveniles del Perú and to the ideals and aims” of UNESCO.

The foundation supports the creation of children’s and youth orchestras and choirs throughout Peru, in order help transform society through music, “reflecting the idea that orchestral and choral practice gives children and youth important values and helps preserve them from the dangers of drugs and crime,” UNESCO stated.

The ceremony for Mr. Flores will be held on 16 November at UNESCO’s headquarters in the French capital of Paris, with the President of Peru, Ollanta Humala Tasso, in attendance, in addition to UNESCO’s Director-General, Irina Bokova, who will make the appointment.

Born in Lima in 1973, Mr. Flórez has gained an international reputation performing in the most prestigious opera houses around the world, mainly in works by composers such as Rossini, Donizetti and Bellini, according to UNESCO. Also, in frequent recitals and concert performances, he has included Peruvian and Latin American music.

The ceremony for Mr. Domingo’s appointment will take place on 21 November, also at UNESCO’s offices in Paris.

The agency stated that the 71-year-old Spanish tenor and conductor’s appointment comes in recognition of his “exceptional artistic career, his inestimable support for young opera musicians through the Operalia competition, and his dedication to the values and ideals of UNESCO.”

Founded by Mr. Domingo in 1993, Operalia, also known as the World Opera Competition, is an annual international competition which aims to discover and help launch the careers of the most promising young opera singers of today.

On the same evening as his appointment ceremony, a fundraising gala will be held for the UNESCO-backed Education for All programme, and Mr. Domingo will also present the latest winners of the Operalia competition as well as musicians involved in his development programme at the Washington Opera.

First launched in Thailand in 1990, the Education for All is an international initiative which aims to bring the benefits of education to ‘every citizen in every society.’ It involves a broad coalition of national governments, civil society groups and development agencies such as UNESCO, all committed to achieving six specific education goals:

According to UNESCO, its Goodwill Ambassadors are an “outstanding group of personalities” who have agreed to use their talent and status to help focus the world's attention on the work of the United Nations in education, science, culture and communication.

UNICEF’s women Goodwill Ambassadors, give voice to the voiceless 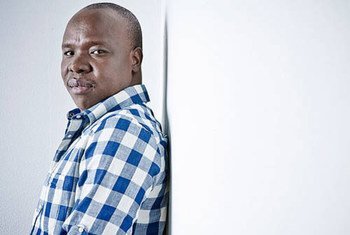 27 August 2012
A celebrated Ivorian musician, A’salfo, is to become a United Nations Goodwill Ambassador in recognition of his promotion of youth empowerment and social justice, the UN Educational, Scientific and Cultural Organization (UNESCO) announced today.