14 November 2012
United Nations Secretary-General Ban Ki-moon has urged global action to tackle diabetes, one of the most common non-communicable diseases and one which affects 350 million people worldwide – 80 per cent of them in developing nations.

“Diabetes is a development issue. The poor are disproportionately at risk, and affected families are often pushed further into poverty,” Mr. Ban stated in his message for World Diabetes Day, observed annually on 14 November.

“Let us commit to greater collective effort to prevent diabetes and improve the quality of life of all who suffer from it, particularly the poor and disadvantaged,” he added.

Started by the UN World Health Organization (WHO) and the International Diabetes Federation, World Diabetes Day is celebrated on 14 November to mark the birthday of Frederick Banting who, along with Charles Best, was instrumental in the discovery in 1922 of insulin, a life-saving treatment for diabetes patients.

Diabetes is a chronic disease that occurs either when the pancreas does not produce enough insulin – a hormone that regulates blood sugar – or when the body cannot effectively use the insulin it produces. Over time, it can damage the heart, blood vessels, eyes, kidneys, and nerves.

Mr. Ban noted that diabetes is becoming more widespread each year due to a combination of ageing populations and the globalization of unhealthy lifestyles.

“Unless diagnosed and treated early, diabetes can lead to serious ill-health,” he said. “Every year, more than three million people who have had diabetes die from problems such as heart attacks, strokes and kidney failure.”

According to WHO, diabetes-related deaths will increase by two thirds by 2030. The disease is also straining national health systems and threatening to reverse hard-won development gains in low- and middle-income countries, as well as the achievement of the global anti-poverty targets known as the Millennium Development Goals (MDGs) by 2015.

In September 2011, the UN General Assembly recognized diabetes and other non-communicable diseases as a global health and development challenge, and committed to strengthening their prevention and control.

At the meeting of the World Health Assembly – WHO’s decision-making body – in May this year, governments established the goal of reducing premature mortality caused by chronic diseases by 25 per cent by 2025.

“We can significantly advance this goal by raising awareness of the threat of diabetes,” said the Secretary-General, adding that physical activity and healthy diet are effective remedies that should be actively promoted by all governments.

He also advocated strengthening primary health care to diagnose and treat diabetes early. At the same time, health companies can contribute by developing affordable medicines and technologies, such as low-cost devices to check blood sugar, while businesses – especially those that profit from selling processed foods to children – can commit to marketing healthier, more sustainable goods, he stated. 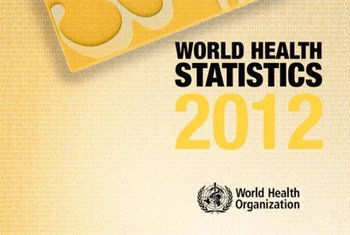 16 May 2012
The number of people with high blood pressure and diabetes is drastically increasing in both developed and developing countries, according to a United Nations report released today.