14 November 2012
A new United Nations report urges additional investments in family planning that could save developing countries more than $11 billion a year in maternal and newborn health care costs, while stressing that the benefits of making services available to everyone are not just economic.

The State of World Population 2012, published today by the UN Population Fund (UNFPA), points out that 222 million women in developing countries have an unmet need for family planning, which delivers “immeasurable” rewards to women, families, and communities.

“Family planning has a positive multiplier effect on development,” said UNFPA’s Executive Director, Babatunde Osotimehin. “Not only does the ability for a couple to choose when and how many children to have help lift nations out of poverty, but it is also one of the most effective means of empowering women.”

UNFPA’s flagship report states that increased access to family planning has proven to be a sound economic investment. One third of the growth of Asian ‘tiger’ economies is attributed to a demographic shift in which the number of income-generating adults became higher than those who depended on them for support.

This shift, the report notes, was a consequence of family planning and brought increased productivity, leading to economic development in the region.

One recent study predicts that if the fertility rate fell by just one child per woman in Nigeria in the next 20 years, the country’s economy would grow by at least $30 billion.

“And the benefits are not just economic,” the population agency stated in a news release, noting that the report finds that the costs of ignoring the right to family planning include poverty, exclusion, poor health and gender inequality.

Failing to meet the sexual and reproductive health needs of adolescents and young people in Malawi, for example, contributed to high rates of unintended pregnancy and HIV. In the United States, the report showed that teenage motherhood reduces a girl’s chances of obtaining a high school diploma by up to 10 per cent.

The report notes that governments, civil society, health providers and communities have the responsibility to protect the right to family planning for all women, including those who are young or unmarried.

It also finds that financial resources for family planning have declined and contraceptive use has remained mostly steady. In 2010, donor countries fell $500 million short of their expected contribution to sexual and reproductive health services in developing countries. Contraceptive prevalence has increased globally by just 0.1 per cent per year over the last few years.

An additional $4.1 billion is necessary each year to meet the unmet need for family planning of all 222 million women who would use family planning but currently lack access to it, according to the report.

“Family planning is not a privilege, but a right. Yet, too many women – and men – are denied this human right,” added Dr. Osotimehin, calling on world leaders to close the funding gap and make voluntary family planning a development priority. 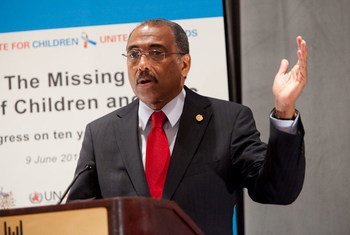 16 February 2012
The United Nations reiterated today the need to provide women with access to both hormonal contraceptives and condoms to prevent unwanted pregnancies and HIV infection, after a renewed consultation with health experts on the issue.