A senior United Nations official today condemned “in the harshest terms” a targeted attack by Taliban gunmen on Pakistani schoolgirls – one of whom is widely known for advocating the education of girls and highlighting Taliban atrocities.

Leila Zerrougui, the Special Representative of the Secretary-General for Children and Armed Conflict, wished 14-year-old Malala Yousufzai and the two other girls who were shot and wounded a “swift and full recovery,” as she denounced the attack for which the group Tehrik-i-Taliban Pakistan (TTP) has claimed responsibility.

“Education is a fundamental right for all children,” the Special Representative said in a news release. “The TTP must respect the right to education of all children, including girls, to go to school and live in peace.”

Ms. Yousufzai was seriously wounded in the attack, which took place in the city of Mingora in Pakistan’s volatile Swat Valley, where the youngster is “known for speaking out against the forced closure of girls’ schools by the TTP.”

“The girl was shot and wounded by Taliban gunmen, together with two other school girls, in the school bus in front of her school,” according to the Special Representative’s office.

The young activist and “strong voice on girls’ education” had received the Pakistani Government’s highest civilian award in 2011, the office pointed out, adding that she continues to receive numerous threats to her life from the TTP. 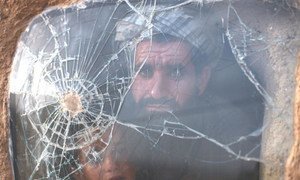 The United Nations has strongly condemned yesterday’s attacks in four Afghan provinces which killed 40 civilians, including 10 children, and injured at least 67 others, and called for those responsible to be held accountable.