21 September 2012
The Security Council today reiterated its grave concern about the continuing deterioration of the security and humanitarian situation in northern Mali, and urged rebel groups in the country to cut off all ties to terrorist elements, including Al-Qaida in Islamic Maghreb and affiliated groups.

In a press statement read by Ambassador Peter Wittig of Germany, which holds the Council’s rotating presidency for this month, the 15-member body voiced its concern about the “increasing entrenchment” of terrorist elements in the country and about the human rights violations perpetrated by rebel and extremist groups in the north.

Earlier this week, the UN High Commissioner for Human Rights, Navi Pillay, condemned the ongoing human rights violations in northern Mali, including cruel punishments such as amputations and the stoning to death of an unmarried couple, and called on the Government and the international community to urgently address the crisis.

The Council, which was briefed on the situation by the UN Under-Secretary-General for Political Affairs, Jeffrey Feltman, welcomed the appointment of a Government of National Unity in Mali, and voiced its support to the work of the Interim President, Dioncounda Traoré.

In his briefing, Mr. Feltman called on the Council and the wider international community to support efforts to develop an integrated strategy to tackle the challenges in the Sahel region of West Africa, which are not only political but also involve security, humanitarian resilience and human rights.

“The deep-seated fragilities stretching across the broad Sahel region of Africa are a matter of growing concern to the people and governments of the region, as well as to the broader international community and this Council,” he stated. “The threats and challenges cut across borders and disciplines and their solutions must be cooperative and comprehensive.” 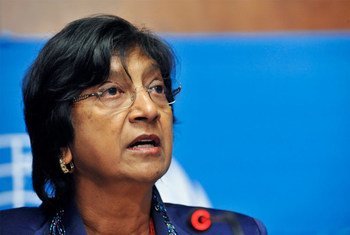