“We must do more for our world’s oceans, which are threatened by pollution, depleted fishery resources, the impacts of climate change and the deterioration of the marine environment,” Mr. Ban said in his message marking World Oceans Day, which also coincides with the 30th anniversary of the UN Convention on the Law of the Sea – the so-called ‘constitution of the oceans.’

Given the important role played by oceans for the planet’s food security, and the health and survival of all life, as well energy needs, the General Assembly decided that, from 2009, 8 June would be designated by the United Nations as ‘World Oceans Day’ to raise global awareness of the current challenges faced by the international community in connection with the oceans.

In his message, Mr. Ban stressed that the UN Conference on Sustainable Development (Rio+20), in Brazil later this month, will provide a once in a generation opportunity for Member States to act and have a significant impact on this issue.

“The protection of the world’s oceans and coasts is among the key goals of [Rio+20],” he said. “Rio+20 must mobilize the United Nations, governments and other partners to improve the management and conservation of oceans through initiatives to curb overfishing, improve protection of the marine environment and reduce ocean pollution and the impact of climate change.”

The Secretary-General also called on governments that have not done so to ratify the UN Convention on the Law of the Sea, which governs all aspects of ocean space, from delimitation of maritime boundaries, environmental regulations, scientific research, commerce and the settlement of international disputes involving marine issues.

The Convention was first opened for signature in 1982 and entered into force in 1994; there are 162 parties to it – 161 States and the European Union.

“We can learn from three decades of experience with the Convention, which should continue to be our guide in establishing the rule of law on the world’s oceans and seas,” Mr. Ban told a group of experts at a roundtable panel discussion commemorating the Convention, at UN Headquarters in New York.

The convention is “an important contribution to the maintenance of peace, justice and progress for all peoples of the world,” Mr. Ban underlined. “Let us make 2012 another milestone year for the world’s oceans, so that we can set sail toward the future we want.” 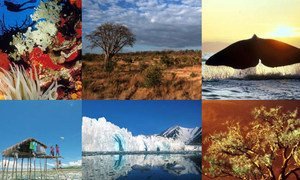