UNHCR/H.Macleod
Children and livestock shelter in a northern Yemen camp after being displaced by fighting.

9 March 2012
The United Nations refugee agency reported today that Yemen is facing a new wave of internal displacement, with tens of thousands of civilians fleeing tribal clashes in the north and fresh fighting between Government troops and militants in the country’s south.

The situation is particularly difficult in the Haradh governorate, north of the capital, Sana’a, where, according to Yemeni authorities, sporadic tribal clashes have displaced some 52,000 people over the past three months, the spokesperson for the UN High Commissioner for Refugees (UNHCR), Adrian Edwards, told reporters in Geneva on Friday.

That figure is in addition to the estimated 314,000 Yemenis already displaced in the country’s north and unable to return to their homes in the Sa’ada governorate.

Despite the peace agreement signed between the Government and Al-Houti armed groups in June 2010, the situation in northern Yemen remains volatile, according to UNHCR. Insecurity has hindered large-scale return of internally displaced persons (IDPs) and severely restricted humanitarian access.

“We continue to run two camps for displaced Yemenis in the north and have been providing assistance to internally displaced persons in the camps and in host communities,” said Mr. Edwards.

In the south, at least 1,800 people have been displaced by the latest escalation of fighting between government troops and militants in the Abyan governorate during the past two weeks. IDPs from the town of Ja’ar have joined more than 150,000 others in the south, including nearly the entire populations of the towns of Zinjibar, Khanfar and Al-Kud, displaced since the beginning of the conflict last May.

“We estimate [that] another 120,000 people are at risk of forced displacement,” said Mr. Edwards.

Those fleeing from Ja’ar have been facing transport difficulties, including lack of buses and exorbitant fares. The journey to the southern city of Aden, which normally takes 30 minutes, has been taking more than five hours on difficult alternative routes in overloaded mini-buses.

Since May last year, most of the IDPs in the south have found shelter in Aden and in other towns, as wells as parts of Abyan where they have strong family and tribal links. Others have taken shelter in schools – some 74 public schools in Aden now shelter more than 20,000 IDPs.

“Our operation in Yemen has assisted more than 80,000 IDPs in five southern governorates,” said Mr. Edwards. “We have also rehabilitated several vacant buildings to provide temporary shelter for some 2,000 IDPs, freeing up two schools for more than 3,000 students.”

“In light of the increasing displacement and growing insecurity limiting movements of our staff both in the south and the north, UNHCR has set up local monitoring networks trained to recognize protection risks and urgent needs of IDPs to alert UNHCR and help ensure continued delivery of protection and assistance,” he added. 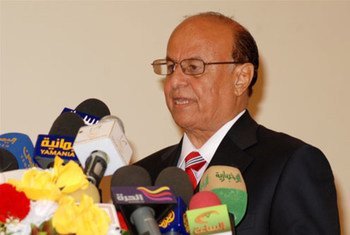