OCHA/Nicole Lawrence
Armed conflict in northern Mali has forced thousands to flee their homes and seek refuge in neighbouring countries such as Niger.

24 February 2012
The United Nations refugee agency is appealing for $35.6 million to respond to the growing humanitarian crisis resulting from the renewed fighting in northern Mali between government forces and Tuareg rebels.

An estimated 130,000 people have been uprooted within and outside Mali since the clashes resumed in mid-January, according to the UN High Commissioner for Refugees (UNHCR). The appeal aims to cover the needs of 85,000 of them until July.

“The funds will be used by UNHCR to provide emergency assistance to the displaced in Mali and neighbouring countries,” spokesperson Adrian Edwards told reporters in Geneva.

“More daily arrivals are being recorded in the neighbouring countries as attacks continue throughout northern Mali, where an estimated 60,000 Malians are also internally displaced and in need of humanitarian assistance,” said Mr. Edwards.

UNHCR has delivered tents and other essential relief items to Niger, Burkina Faso and Mauritania to cover the needs of a total of 22,000 people. In Mauritania UNHCR has also purchased food for 20,000 refugees and has started relocating refugees to the Mbera camp, a former site that is being rehabilitated to respond to the ongoing influx.

The displaced are currently hosted in remote and arid border villages that are affected both by food crisis, a severe drought, and the general insecurity in the Sahel region, UNHCR said. The refugees are in desperate need of adequate shelter, food, water and sanitation, healthcare and education. They also need basic household items such as sleeping mats, mosquito nets, blankets and kitchen sets.

The majority of those uprooted by the renewed clashes between the Malian army and the Mouvement National de Liberation de l’Azawad (MNLA) – which are in breach of a 2009 peace deal that had formally ended the Tuareg rebellion in Mali – are ethnic Tuaregs from rural areas. There are also ethnic Songhai, Moor and Fulani. 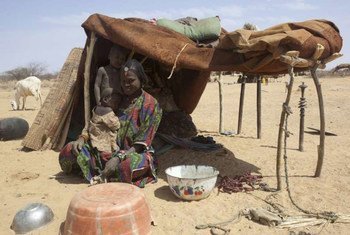 17 February 2012
Fighting between Government forces and ethnic Tuareg rebels in northern Mali has forced more than 44,000 people to flee the area over the past month, with the number of refugees arriving in neighbouring countries doubling in the past 10 days, the United Nations reported today.