17 February 2012
Two agreements that will help farmers in poor countries participate more fully in the organic food sector were signed at a United Nations-backed conference on development and trade, the UN announced today.

The agreements, which were reached earlier this week during the two-day forum in Nuremberg, Germany, will help some two million certified organic farmers worldwide – most of whom are located in Africa, Asia and Latin America – participate more effectively in a market that rings up worldwide sales of $60 billion annually.

On Wednesday, the European Union (EU) and the United States signed an agreement that will ease the flow of organic products from developing countries between the two entities. Under the agreement, the produce sent by organic farmers in developing countries to be processed in the EU or the US will now automatically qualify for acceptance as an organic product in the partner market.

Under the new arrangement, for example, coffee from Ethiopia certified as organic under EU regulations could be sent to a trade partner in Europe and packaged for sale in both markets. The agreement however, covers only finished products exported from and certified in the EU or US.

In a news release, the United Nations Conference on Trade and Development (UNCTAD) stressed that while an agreement providing finished products from developing countries direct access to both markets would be preferable, the new accord will still boost developing-country organic sales as a large part of exports consist of ingredients and bulk goods, and it will facilitate their entry into the two largest markets for certified organic sales.

The other agreement approved during the conference was the Asian Regional Organic Standard (AROS), which sets parameters for crop production, processing and labelling of organic products. AROS is equivalent to the Common Objectives and Requirements for Organic Standards, an international tool established to ease organic trade.

AROS was approved by the Global Organic Market Access (GOMA) Asian working group, which consists of representatives from Bhutan, Laos, Thailand, Viet Nam, Malaysia, India, Indonesia, China, the Republic of Korea (ROK), Japan, the Philippines, Cambodia, Nepal and Sri Lanka. According to UNCTAD, the group will now start working on getting AROS formally approved by governments and regional institutions. 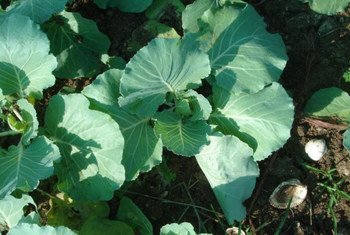 13 February 2012
A United Nations-backed conference addressing the future of access to markets for organic products began today with delegates and experts gathered to examine the impact that trade standards are having on organic farmers in the developing world.