UN Photo/Sophia Paris
A man employed through the "Cash for Work" programme clears rubble from the streets of Carrefour-Feuilles, Haiti.

18 January 2012
The United Nations is urging that seismic threats be taken seriously as it published new data today showing that major earthquakes claimed thousands of lives and affected millions of people in both 2010 and 2011.

The new statistics published by the UN International Strategy for Disaster Reduction (UNISDR) and the Centre for Research on the Epidemiology of Disasters (CRED) show that 20,943 people lost their lives in earthquakes last year out of a total of 29,782 people directly killed by 302 disasters.

The earthquake fatalities included 19,846 who died in Japan in March while the remainder were largely accounted for by the October earthquake in Turkey, according to a news release issued by the Geneva-based UNISDR.

UNISDR chief Margareta Wahlström said that the many major cities located in seismic zones need to take seriously the probability of return events even if many years have passed since the last seismic event of major magnitude.

“In 2010 we saw this phenomenon as well when over 220,000 people died in Haiti, which had not been hit by an earthquake of such strength for almost 200 years,” she noted.

“Unless we prepare for the worst then many earthquake-prone urban areas around the world are destined to see even greater loss of life in the future as more and more people move to cities.”

In 2011 major disasters in terms of human impact and economic losses occurred in high and middle-income countries, according to the new figures. These included the Brazil floods (January), the Japan earthquake/tsunami (March), Hurricane Irene in the United States (August/September), floods in Thailand (August to December), the earthquake in Turkey (October), and the storm Sendong (Washi) in the Philippines (December).

Brazil’s floods were the deadliest in the country’s history, claiming 900 lives, while those in Thailand constituted the country’s most expensive natural catastrophe, costing $40 billion.

“It was notable last year that many of the disasters were in high- and middle-income countries which have the resources for better disaster prevention,” noted Professor Debby Guha-Sapir, Director of CRED at the University of Louvain, Belgium.

CRED estimates the economic losses from disasters in 2011 at $366 billion compared to $243 billion in the last record year of 2005.

Meanwhile, Europe experienced very few disasters and impacts in 2011 with the lowest numbers killed, numbers affected and economic damages since 1990. 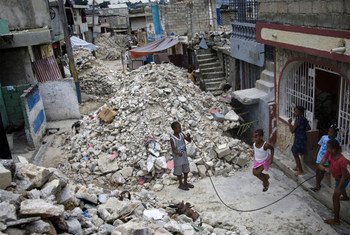 13 October 2011
Secretary-General Ban Ki-moon today stressed that disaster risk reduction should be a daily concern for everyone, noting that vulnerability to catastrophes is growing faster than the world’s capacity to strengthen resilience, as evidenced by the devastation wrought by the recent series of floods, earthquakes, tsunamis and droughts.