19 December 2011
United Nations Member States today expressed deep concern at reports of human rights violations in Iran, including torture, the use of cruel punishments such as flogging and amputations and “pervasive gender inequality and violence against women,” and called on Tehran to strengthen its national human rights institutions.

In a resolution adopted in the General Assembly, Member States voiced deep concern at Iran’s “serious ongoing and recurring human rights violations,” including a dramatic increase in the use of the death penalty, particularly for crimes “lacking a precise and explicit definition,” and the “ongoing, systemic, and serious restrictions” of freedom of peaceful assembly and freedom of opinion and expression.

The resolution received 89 votes in favour and 30 votes against. Sixty-four countries abstained.

The death penalty drew particular concern, with the General Assembly noting “the absence of internationally recognized safeguards,” the continued practice of public executions, the carrying out of secret group executions and the imposition of capital punishment against minors.

Member States also voiced deep concern at the practice of suspension strangulation as a method of execution, and the fact that prisoners continue to face sentences of execution by stoning, even though there has been a national directive against it.

In the resolution, Member States also called on the Government to immediately and unconditionally release any prisoners who have been arbitrarily arrested and detained “for simply exercising their right to peaceful assembly and participating in peaceful protests.”

The text also noted Secretary-General Ban Ki-moon’s recent report highlighting the deteriorating rights situation in the country as well as the concern expressed by Ahmed Shaheed, Special Rapporteur on the situation of human rights in Iran, over the alleged targeting of minority groups by the Government.

Arabs, Azeris, Baluchis and Kurds and their defenders have all faced rights violations that at times amount to persecution, according to the resolution, with religious minorities such as Christians, Jews, Sufis, Sunni Muslims, Zoroastrians and Bahá’ís.

The resolution expressed particular concern at Tehran’s failure to launch an investigation into the suspected electoral violations after the 2009 presidential vote and strongly urged the Government “to ensure free, fair, transparent and inclusive parliamentary elections in 2012 that reflect the will of the people.” 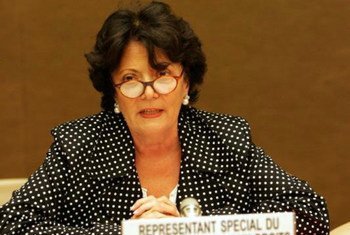 3 November 2011
The United Nations committee tasked with reviewing compliance with international human rights treaties today voiced concern over Iran’s record on upholding the rights of religious and ethnic minorities, and the increasing number of executions in the country.