Secretary-General Ban Ki-moon today welcomed the signing of a joint communiqué by the Malawian Government and civil society organizations in a meeting facilitated by the United Nations following deadly clashes last month.

“The Secretary-General is encouraged by this positive development which reflects the commitment of both sides to engage constructively in the search for a peaceful solution to the country's current difficulties,” a statement issued by Mr. Ban’s spokesperson said of yesterday’s meeting in Lilongwe, the capital, calling the communiqué an important step towards a process of dialogue.

“He calls on the Malawian stakeholders to continue their efforts to create a political and social atmosphere conducive to addressing the multi-faceted challenges in the country,” it added.

Last month at least 19 people were reportedly killed and many others injured during clashes between security forces and anti-Government demonstrators protesting against shortages of fuel and foreign exchange and calling for greater freedoms and human rights. At the time Mr. Ban voiced his sorrow at the deaths and called for differences to be resolved by peaceful means.

According to media reports, organizers cancelled plans to resume anti-Government protests today after businessmen close to the governing party obtained a court injunction and because of UN mediation efforts, but they said they would continue protests next month unless the Government addresses economic problems and ends public threats against those with dissenting views.

In today’s statement, Mr. Ban said he was “pleased with and strongly supports the facilitation role” played by João Honwana, Director at the UN Department of Political Affairs, and reiterated “the UN’s readiness to continue its facilitation efforts as requested by the parties.” 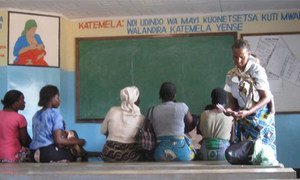 Secretary-General Ban Ki-moon voiced concern today at the deadly violence in Malawi, where up to 18 people have reportedly been killed and many others injured during clashes between anti-Government demonstrators and security forces this week.