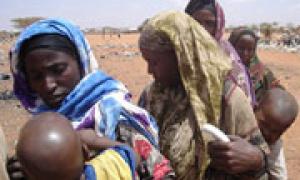 An estimated 6,000 Somalis fleeing the fighting in the Beled Hawa area on the Somali side of the border have also entered Kenya during the past 11 days, and there are unconfirmed reports of other refugees stranded in the no-man’s land between the two countries, unable to enter Kenya, the UN Office for the Coordination of Humanitarian Affairs (OCHA) said in a situation report.

Mandera district is currently facing a severe drought and the insecurity has disrupted relief efforts. Commerce has also been interrupted in Mandera, the main trading centre for pastoral communities from Kenya, Ethiopia and Somalia in the arid region.

The UN World Food Programme (WFP) has seven metric tons of high energy biscuits in Mandera ready for distribution, while the UN Children’s Fund (UNICEF) has delivered more therapeutic feeding supplies to cope with the additional caseload of malnourished children.

Water shortages have worsened as routes to rivers and wells have been become insecure as a result of the fighting, according to OCHA.

Yesterday, the UN expert on the situation of human rights in Somalia called on the international community to step up efforts to address the impact of the devastating drought in Somalia, warning that the country is on the brink of a humanitarian disaster if action is not taken immediately.

Shamsul Bari, who visited Somalia, Kenya and Djibouti last month, noted that the ongoing drought response is far from meeting the needs of the affected population in terms of access to food, clean water and health.

♦ Receive daily updates directly in your inbox - Subscribe here to a topic.
♦ Download the UN News app for your iOS or Android devices.
Somalia|Kenya