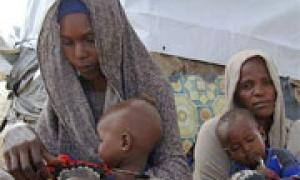 Some 300 Somalis fleeing the fighting have crossed the border into Kenya over the past few days, Melissa Fleming, spokesperson for the UN High Commissioner for Refugees (UNHCR), told reporters in Geneva.

“We have received reports from them of many injuries. Other civilians, including women, children and the elderly, remain trapped and unable to reach safety,” she said, voicing concern over what the agency said appears to be a coordinated offensive against Al-Shabaab militants on multiple fronts, namely in the capital, Mogadishu; Beled Weyne in Hiiraan region; and Beled Hawo in the Gedo region.

Secretary-General Ban Ki-moon, who is following reports of the fighting, deplored the high human cost of the conflict. He sent his condolences to the families of those who lost their lives, including civilians and soldiers of the Transitional Federal Government (TFG) and the African Union Mission in Somalia (AMISOM).

“The current round of fighting underscores the need for all Somali and international stakeholders to redouble efforts to restore lasting peace and stability to Somalia,” the Secretary-General’s spokesperson said in a statement.

Mr. Ban expressed hope that the leadership of Somalia’s Transitional Federal Institutions will remain united and provide the necessary political guidance, support and encouragement to the forces of the TFG and AMISOM.

UNHCR said it fears that ongoing fighting could squeeze those displaced into three fronts where they will be unable to escape to seek refuge in either Ethiopia, Kenya or in Somalia’s north-eastern Puntland region.

“We again urge all armed groups and forces in Somalia to avoid targeting civilian areas and to ensure that civilians are not being placed in harm’s way,” said Ms. Fleming.

Some 2,000 emergency relief kits, comprising shelter materials, blankets and kitchen sets, have already been dispatched from the Kenyan port city of Mombasa for distribution to those displaced from Beled Hawo and other areas who have sought refuge in the Gedo region.

UNHCR and a local partner have also distributed 2,500 emergency relief kits in Mogadishu’s Dharkenley district and more relief aid distributions are planned in the coming weeks depending on the security situation, Ms. Fleming said.

Somalia generates the highest number of refugees in the world, after Afghanistan and Iraq. There are an estimated 1.5 million internally displaced persons inside Somalia and more than 680,000 Somalis live as refugees in neighbouring countries, according to UNHCR. 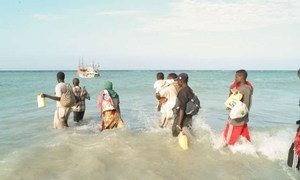