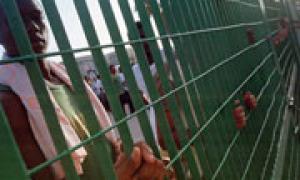 The United Nations refugee agency today expressed concern over the overcrowded conditions faced by nearly 2,000 boat people, including asylum seekers, currently crammed into one reception centre on the southern Italian island of Lampedusa.

“The centre has a capacity for only 850 people and hence cannot accommodate such high numbers,” Ron Redmond, spokesperson for the UN High Commissioner for Refugees (UNHCR), said in Geneva.

“The result is that hundreds of people are now sleeping outdoors under plastic sheeting, and adequate reception standards cannot be maintained,” he added.

The reception centre in Lampedusa was established to temporarily accommodate people rescued at sea while preparations are made for their transfer to various special centres set up throughout southern Italy to examine their situation, UNHCR said.

Until now, the agency explained in a press release, this arrangement has been seen as a model for management of what the agency calls mixed migratory flows, made up of persons who have moved for a variety of reasons, including political asylum but also economic and other migration.

The agency said the practice so far has been to accommodate asylum seekers in open centres and have their applications examined by a status-determination commission, but the beginning of this year, the government decided that all migrants must remain in Lampedusa until a ruling is made on their cases.

The resulting overcrowding not only creates humanitarian concern, UNHCR said, but also complicates the work of the agency and other organizations active there under a project funded by the Ministry of the Interior and the European Commission.

Pirkko Kourula, director of UNHCR's Europe Bureau, has noted the good cooperation the agency has had with Italy over the years and has urged its authorities to take all necessary steps to address the difficult humanitarian situation now unfolding in Lampedusa.

Available data shows that many boat arrivals on the island are persons originating from Somalia and Eritrea.

According to preliminary figures for 2008, about 75 per cent of those who arrived in Italy by sea last year applied for asylum, and around 50 percent of those who applied were granted refugee status or protection on other humanitarian grounds.

Fearing for the well-being of some 126 boat people in Thai custody, the United Nations refugee agency today requested access to the group of stateless Muslims who fled Myanmar to determine their need for international protection.