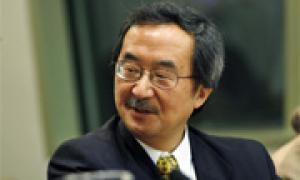 A new film casting the work of the United Nations in the starring role has its world premiere today at the Organization’s Headquarters in New York.

“Planet UN” is a documentary featuring the world body at the beginning of the 21st century as it takes on the enormous challenges threatening global stability today and in the future.

The film calls for an unprecedented and concerted global effort to confront threats such as food and energy shortages, climate change, terrorism, nuclear threats and the collapse of the international financial system among others.

“Through the exploration of three major themes: peacekeeping, development and human rights, this film presents a look at the UN as it works to confront the challenges of this century,” UN Under-Secretary-General for Communications and Public Information Kiyo Akasaka told a news conference ahead of tonight’s premiere.

In addition to academic and diplomatic dignitaries, including Noam Chomsky, the documentary highlights interviews with Secretary-General Ban Ki-moon along with a number of other senior UN officials.

The 52-minute film is directed by French documentary-maker Romuald Sciora, who created four television shorts in 2006 called the Glass Building, which included footage of former Secretaries-General reminiscing about the 60-year history of the world body.

Underscoring the need to create awareness of the UN, Mr. Sciora said, “In the West we really don’t know what the UN is doing for the population of particular countries. In some countries the UN is the only thing that is helping them on a daily basis.”

In a bid to reach a wider audience, a Marvel comic strip is planned for publication with action heroes, such as Spiderman and Batman, appearing in scenes focusing on the work of the UN.

“You’ll find this refreshing and lively in terms of how the UN is portrayed in a very genuine way,” said Amir Dossal, Executive Director of the UN Office for Partnerships.

A book with the same name published by Le Monde Diplomatique and Harper’s Magazine is also slated to accompany the film along with a DVD.