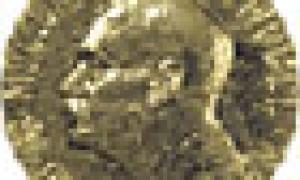 “We, the human species, are confronting a planetary emergency – a threat to the survival of our civilization that is gathering ominous and destructive potential even as we gather here,” former United States Vice-President Gore said at the award ceremony in Oslo, Norway.

“But there is hopeful news as well: we have the ability to solve the crisis and avoid the worst – though not all – of its consequences, if we act boldly, decisively and quickly.”

Representing the IPCC, its Chair warned of the risks to peace that could result from climate change.

“Peace can be defined as security and the secure access to resources that are essential for living,” Rajendra K. Pachauri said. Global warming could adversely affect some communities’ access to clean water and sufficient food; could lead to unstable health conditions; and threaten ecosystem resources security of settlements.

He voiced hope that discussions at the UN Climate Change Conference in Bali, Indonesia – which entered its second and final week today – will produce positive results.

“Will those responsible for decisions in the field of climate change at the global level listen to the voice of science and knowledge, which is now loud and clear?” Mr. Pachauri asked.

Meanwhile in Bali, delegates are working to wrap up agreement on how to launch a process to address global warming ahead of the ministerial-level meeting that begins on Wednesday.

Countries have differing ideas on what should be included in the roadmap to create a successor pact to the Kyoto Protocol which expires in 2012. They also have diverging views on whether or not the outcome should contain targets or goals.

A text prepared for the negotiation suggested responding to the need for quantified national emission objectives for industrialized countries and to be guided by the need to reduce emissions in a range of 25-40 per cent by 2020, peaking in the next 10-15 years.

Yvo de Boer, Executive Secretary of the UN Framework Convention on Climate Change (UNFCCC), said the text on future actions should not prejudge the outcome and that discussions on the future were at a critical point.

“We need to walk away with a clear sense of where we’re going,” he emphasized.

There are 10,776 participants attending the Bali Conference from 187 countries, making it the largest-ever conference on the issue of climate change.

In a related development, the UN World Meteorological Organization (WMO) today said that the presentation of this year’s Nobel Peace Prize reinforces the need for leaders to take scientific findings regarding climate change into account.

The work of the IPCC – which is hosted by the WMO – “has shown how vital it is for the scientific evidence on climate change, and mankind’s role in this, to be used as the basis for moving the political process on curbing climate change forward,” said Michel Jarraud, the agency’s Secretary-General.

Also, a new report by the UN Environment Programme (UNEP) – which, along with the WMO, founded the IPCC – spotlights how climate change is a security risk.

It could “result in destabilization and violence jeopardizing national and international security to a new degree,” said Hans Schellnhuber, one of the lead authors of the new study.

Entitled “Climate Change as a Security Risk,” it warns that global warming could potentially aggravate old tensions and trigger new ones that could result in violence and even war.

The report also defines vulnerable States and societies as those that are in political transition with low levels of economic activities and large populations.