With 270 million people – more than the entire population of Western Europe – “marching toward starvation”, the head of the World Food Programme (WFP) called for greater action to avert a “hunger pandemic”, in accepting the Nobel Peace Prize on behalf of the UN agency on Thursday.

WFP Executive Director David Beasley warned “famine is at humanity’s doorstop”, threatening to destroy lives and undo so much we hold dear.

We are so honored to accept the #NobelPeacePrize today. At the same time, it is my tragic duty to tell you that famine is at humanity’s doorstep.The silver lining is that we can stop this together. Join us as we call for urgent action. pic.twitter.com/nZOSxAae7M

“Because of so many wars, climate change, the widespread use of hunger as a political and military weapon, and a global health pandemic that makes all of that exponentially worse —270 million people are marching toward starvation,” he said, speaking from the agency’s headquarters in Rome.

“Failure to address their needs will cause a hunger pandemic which will dwarf the impact of COVID.  And if that’s not bad enough, out of that 270 million, 30 million depend on us 100 per cent for their survival.”

Mr. Beasley underlined that food is “the pathway to peace.” For the agency, it is also sacred, and their work is “an act of love”, he told the online ceremony, citing both the 1964 Nobel laureate, Dr. Martin Luther King Jr., and The Bible.

“We stand at what may be the most ironic moment in modern history. On the one hand — after a century of massive strides in eliminating extreme poverty, today those 270 million of our neighbours are on the brink of starvation.  That’s more than the entire population of Western Europe”, he said.

“On the other hand, there is $400 trillion of wealth in our world today.  Even at the height of the COVID pandemic, in just 90 days, an additional $2.7 trillion of wealth was created. And we only need $5 billion  to save 30 million lives from famine.”

Mr. Beasley said many of his friends, as well as world leaders, often remark that he has the greatest job in the world, saving the lives of millions.  However, he begged to differ: 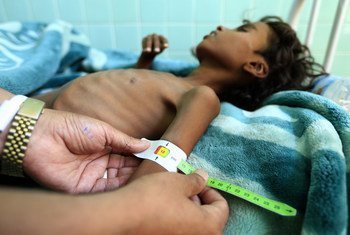 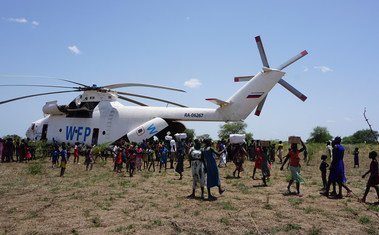