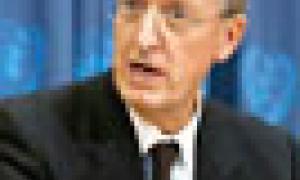 Laotian opium poppy cultivation has declined 73 per cent since 2004 while opium production has dropped 67 per cent, marking the first time in many years that the Lao People's Democratic Republic no longer qualifies as a major supplier of illegal opiates to the international drug market, according to a United Nations survey released today.

With the release of the 2005 Laos Opium Survey, Antonio Maria Costa, Executive Director of the UN Office on Drugs and Crime (UNODC) announced that "Laos has taken one more step towards freedom from opium."

Over the past seven years, the area of land under opium poppy cultivation in Lao PDR has also decreased dramatically, from 26,800 hectares in 1998 to approximately 1,800 hectares at the beginning of 2005, the survey says.

"It now seems likely that the country will reach the goal its Government set for itself four years ago: freedom from opium by the end of 2005," Mr. Costa said.

While farming families who have abandoned illicit cultivation of opium poppy have worked hard to cope with their loss of income, more needs to be done to help them escape the poverty associated with opium production, according to UNODC.

In that effort, the Laotian Government has laid out a strategy for the development of alternative sources of income for such farmers, and Mr. Costa called on the international community to support it, to ensure the sustainability of eliminating opium poppy cultivation in Laos.

"As resilient and intelligent as the farmers of Laos have proved themselves to be, many remain mired in poverty. Donor countries need to shoulder greater responsibility for helping these deserving people," he said.