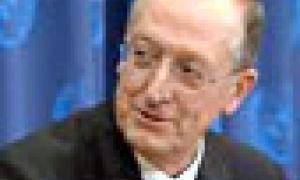 Opium cultivation in Laos fell by 45 per cent this year, and if it continues alongside a similar decline in Myanmar, could mean the end of more than 100 years of opium production in the Golden Triangle, the United Nations anti-drug agency said today.

The drop in 2003 translates into a cumulative decline of 75 per cent since 1998, according to the "Laos Opium Survey" carried out by the UN Office on Drugs and Crime (UNODC) and the Government of Laos.

Attending the launch of the survey in the Laotian capital of Vientiane, UNODC Executive Director Antonio Maria Costa said, "Together with the parallel decline in opium cultivation in Myanmar, this historical achievement if sustained, will end more than a century of opium production" in the area bounded by Laos, Myanmar and Thailand.

The survey also reveals that the average farm-gate price of opium has increased by 27 per cent compared with the previous season. The increase reflects the scarcity of opium produced this season and could present an incentive for farmers to cultivate opium next year.

Mr. Costa called on the international community to help farmers in Laos, who are now giving up their income from opium, with sustainable alternative sources of livelihood.

"In many areas, opium elimination has been achieved without farmers having the opportunity to develop other sources of income. Although the opium growers in fact never derived a great deal from this crop, the cash from selling opium was important for farmers living on, or below, the poverty line," he said.

For opium-growing households in Laos, the average annual gross domestic product per capita is $62 compared with $309 per capita for the country as a whole.