Security Council reform, calls for a fairer global trading system, disarmament, the threat of terrorism and the gap between the haves and have-nots were among the subjects debated this morning when the United Nations General Assembly's annual high-level debate resumed for its second week.

Malaysian Prime Minister Abdullah Ahmad Badawi said the veto power held by the permanent members of the Security Council should be regulated "so as to prohibit that power being used at the sole discretion of its holder." One possibility he suggested was to make certain resolutions of the General Assembly capable of overriding a Council veto.
Mr. Badawi also said "there is an urgent need to stop the tarnishing of the Muslim world by unfair stereotypes," above all the "increasing tendency" to link it with international terrorism. He said Malaysia showed that Islam does not oppose modernity, democracy or tolerance for people of different cultures, ethnic groups and religions. 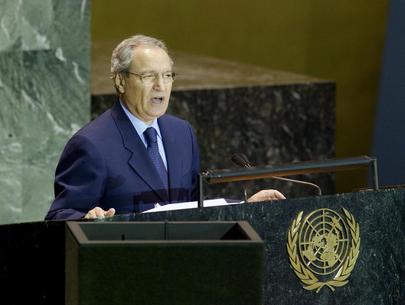 Farouk Al-Shara, Syria's Foreign Minister, said too many mistakes are being committed during the global war against terrorism, whether "in good faith or in bad faith." People in developing nations had a right to wonder why so many resources are being devoted to military spending when they could instead be channelled into education projects or schemes that boost economic development. History showed political and economic solutions are more effective than military ones. 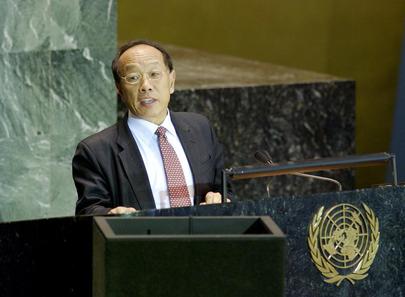 Chinese Foreign Minister Li Zhaoxing urged the world to champion multilateralism - from international arms control treaties to an open and fair global trading regime - if it wants to cope with the many challenges facing mankind today. He said development is the foundation for human progress, and development cannot begin without peace and stability. Therefore it was essential to work together in the cause for peace. Mr. Li said it was also important to reform and improve the international financial system. 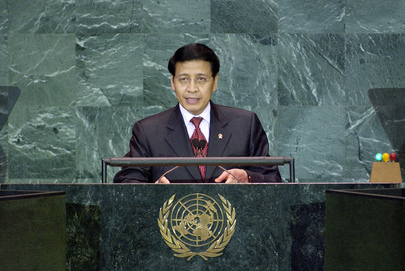 Indonesia's Foreign Minister Hassan Wirajuda told the Assembly the battle against terrorism can only be won when its root causes are tackled: "the grievances and poignant sense of injustice" about poverty, political oppression, and tyranny and corruption. The war against terrorism can be won, he added, but only if the coalition to fight it is inclusive. Mr. Wirajuda said his own region, Southeast Asia, was making great strides to boost the cause of multilateralism and to build economic development. 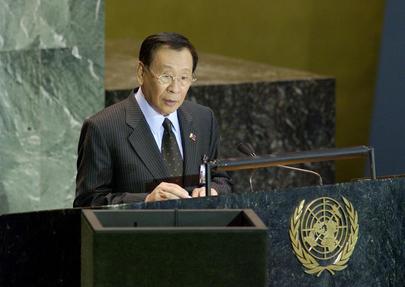 Alberto Romulo, Foreign Secretary of the Philippines, said it was time to examine more innovative or creative solutions to the economic problems faced by developing countries, especially micro-finance, the need for debt relief and job generation. "Sub-Saharan Africa pays $10 billion every year in debt service - four times as much money as the countries in the region spend on health care and education," he observed. Mr. Romulo said the force of globalization meant that crises can spread rapidly, and so it was in the interest of all to prevent them before they occurred. 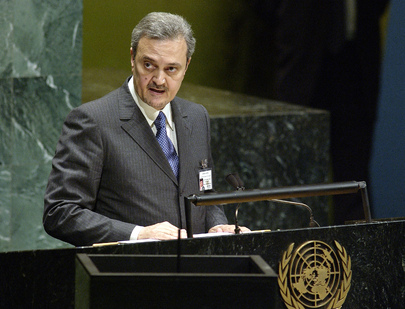 Saudi Arabian Assistant Foreign Minister Nizar Obaid Madani said his country would host an international anti-terrorism conference in Riyadh next February to give countries an opportunity to discuss how they can cooperate more against the scourge of terrorism. He said it was important to study not just terrorism itself, but practices such as money laundering, arms trafficking and drug smuggling. The minister added the conference should discuss the culture and mindset of terrorists and the structure of their organizations. 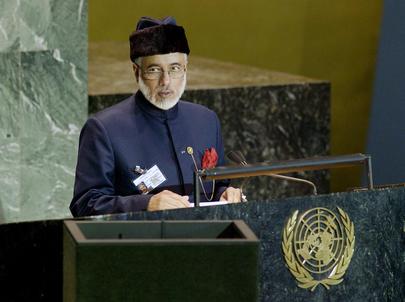 Calling on more States to accede to disarmament and arms control treaties and conventions, Foreign Minister Yousef bin Alawi bin Abdullah of Oman said the world should "consider the possibility of establishing collective mechanisms for arms monitoring and control, based on unified standards acceptable to all." Mr. Abdullah also urged the international community to give financial and technical support to the African Union's efforts to resolve the crisis in Darfur. Sudan. 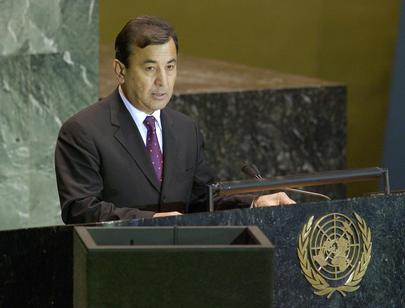 Uzbekistan's Foreign Minister Sodyq Safaev said the illicit drug trade, especially from neighbouring Afghanistan, posed an enormous challenge to the security and development of Central Asia. He said the drug trade had fused with terrorism and extremism to create a particularly menacing trans-national threat. It was also vital to give humanitarian assistance to the Afghans to help the country become re-integrated into the region. Mr. Safaev called for the establishment of a nuclear weapons-free zone in Central Asia. 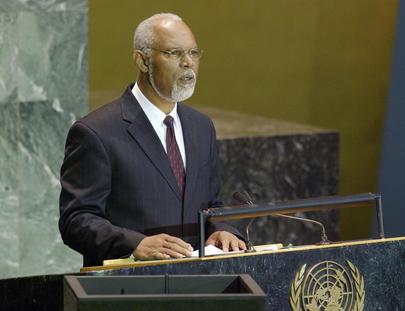 Keith Knight, Foreign Minister of Jamaica, said the gap between rich and poor nations must be narrowed - "otherwise many developing countries will continue in a downward spiral of declining income and increased poverty, with painful consequences for political and social instability and recurring humanitarian crises." He also said the recent wave of hurricanes which wreaked havoc in the Caribbean highlighted the need to have special financing deals for affected countries so they can quickly reconstruct their economies. 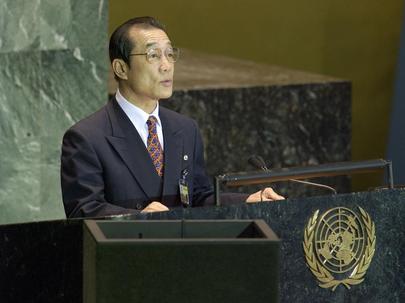 The Head of Delegation of the Democratic People's Republic of Korea (DPRK), Choe Su Hon, criticized "the moves of the outside forces to isolate and stifle the DPRK," and said his country was committed to achieving national reunification of the Korean peninsula and durable peace. Mr. Choe said the DPRK had "no other option" but to develop a nuclear deterrent as "a legitimate self-defensive means" against the aggression of other States. He added the goal was still de-nuclearization of the peninsula. 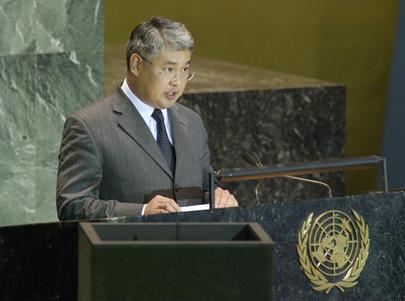 Mongolia's Foreign Secretary Radnaabazaryn Altangerel called for a campaign to promote disarmament on many fronts, from the nuclear weapons that potentially threatened the nearby Korean peninsula to the small arms and light weapons that lead to instability and retard development in much of the world. Mr. Altangerel also emphasized the need to aggressively tackle the increasing disparity between affluent nations and poor States - especially the cost of servicing debt and the inequalities in global trade.