© UNICEF/Yana Sidash
An eight-year-old girl stands outside her home in a village in Uhryniv in Ukraine.

In Ukraine, the country’s farmers and smallholders urgently need more support to avoid a food crisis, the UN Food and Agriculture Organization (FAO) said on Wednesday, as it announced a $15.5 million initiative to help them.

With funding from the European Union, the project will help sustain agricultural production in Ukraine, after Russia’s full-scale invasion last February forced many rural producers to scale down or abandon their activities, amid the destruction of crops and farm equipment, and disruption to supply chains.

Some 13 million people living in rural areas rely on Ukraine’s farming sector, according to FAO.

“The testimonies of the individuals and families who I met during my visits to the newly accessible areas, confirm the urgent need for immediate support towards restoring their household capacities and avoiding dependence on humanitarian assistance,” said Pierre Vauthier, head of FAO’s Ukraine country office.

Local and displaced populations in western Ukraine are also among those who need help in the short term, amid rising food insecurity and as people exhaust their savings, FAO said.

The UN agency noted that in a recent nationwide assessment on the impact of the war, one in four of the 5,200 respondents either reduced or halted agricultural production as a direct result of the relentless fighting.

© OCHA/Matteo Minasi
Yuri is a farm worker in Baranove, Odeska oblast. Since the beginning of the war in February, the entire agriculture sector in Ukraine has suffered from limited options to export produce.

FAO explained that as the conflict continues, a large number of households, family farms, individual producers and others, have found it increasingly difficult to continue operating.

“It is critical to protect those households from the further deterioration of their productive capacities, which are the foundations of their resilience,” the agency said.

Starting from March 2023, grants of $1,000-$25,000, will be available to support production in the regions of Lviv, Zakarpatska, Ivano-Frankivska and parts of Chernivetska.

Beneficiaries will be required to make a matching contribution in order to receive the financial aid, which covers sectors including aquaculture, sheep farming and winemaking.

“During wartime, these investments are necessary to secure the operations of agricultural producers, to support their adaptation to the evolving environment and to lay the foundations for sustainable growth.”

Major challenges expected in the next few months in crop and livestock farming include low sale prices at market, a lack of fertilizers and pesticides and shortages of fuel or electricity to power agricultural equipment.

One of the project’s aims is to help preserve a unique national collection of plant genetic resources, which FAO describes as being globally significant in terms of its volume and diversity of genetic material. 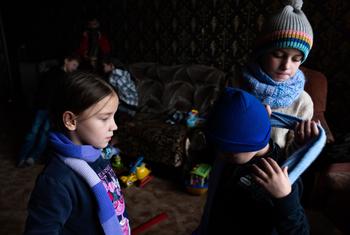 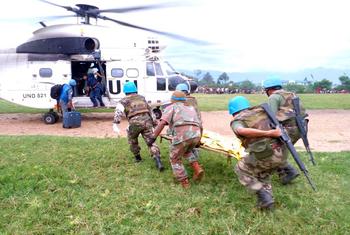 2022 Year In Review: As conflicts rage, international dialogue remains ‘the only hope’ for peace

Russia’s invasion of Ukraine creating global upheaval, and war, conflict, and unrest blighting all parts of the world in 2022. The UN stressed the importance of international dialogue, and announced plans for a new peace agenda.