UN Secretary-General António Guterres on Thursday welcomed the renewal of the Black Sea Grain Initiative, which had been due to expire on Saturday.

More than 11.1 million tonnes of essential foodstuffs have been shipped as part of the agreement involving Türkiye, Ukraine, Russia and the United Nations, since it was signed on 22 July.

Speaking from Cairo, where Mr. Guterres was en route from the G20 summit in Bali to the COP 27 climate conference in Sharm el Sheikh, he said in a video tweet that he was “deeply moved” and grateful that an agreement had been reached in Istanbul.

The UN chief also expressed his deep commitment to remove the “remaining obstacles to the unimpeded exports of Russian food and fertilizers”, as these remain “essential” to avoid a food crisis next year.

He also praised the role of Türkiye and President Recep Tayyip Erdogan, noting that Istanbul has become an “essential centre for discreet diplomacy to solve dramatic problems”.

He expressed deep gratitude to the Turks for their generosity and “very effective commitment”.

In a separate statement, Mr. Guterres insisted that the United Nations remained “fully committed” to supporting the initiative’s Joint Coordination Centre which oversees ship movements to and from Ukraine, “so that this vital supply line continues to function smoothly”.

He said both agreements signed three months ago “are essential to bring down the prices of food and fertilizer and avoid a global food crisis.

“The Black Sea Grain Initiative continues to demonstrate the importance of discreet diplomacy in the context of finding multilateral solutions.”

© OCHA/Matteo Minasi
Yuri is a farm worker in Baranove, Odeska oblast. Since the beginning of the war in February, the entire agriculture sector in Ukraine has suffered from limited options to export produce.

In a series of tweets, the President of the UN General Assembly, Csaba Kőrösi, commended all parties to the agreements on grain and fertilizer, and expressed his gratitude to the Secretary-General for his leadership and "unrelenting commitment" to restoring the world's food supply.

He said the initiative was "a strong example of crisis management in action, and shows "what is possible when diplomacy, dialogue and multilateralism are prioritised."

He added that it would help ease the suffering of millions impacted by Russia's invasion of Ukraine.

UN trade and development chief, Rebeca Grynspan, who was one of the chief negotiators who brokered the Secretary-General's grain initiative, tweeted that it was "good news for global food security and for the developing world."

She added that "solving the fertilizer crunch must come next". 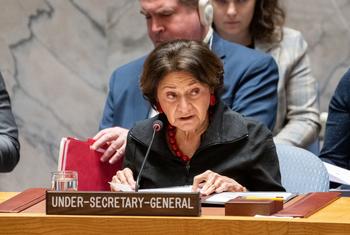 Some of the most intense bombardments in the war in Ukraine have occurred in recent days, UN political affairs chief Rosemary DiCarlo told the Security Council on Wednesday, warning against the risk of escalation and spillover into other countries. 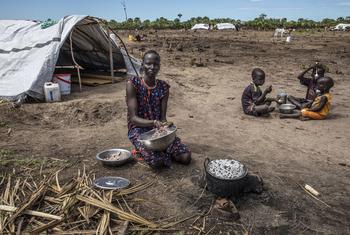 Without coordinated action, this year’s “crisis of affordability” threatens to become a dire global food shortage in 2023, the UN chief told the G20 Summit in Indonesia on Tuesday.