© UNHCR/Christophe Archambault
Stranded Rohingya boat people, desperate for food and water, sit on the deck of an abandoned smugglers' boat drifting in Thai waters off the southern island of Koh Lipe in the Andaman sea. (file)

Crimes against humanity continue to be systematically committed in Myanmar, with ongoing conflicts severely impacting women and children, according to a UN report released on Tuesday.

The evidence gathered to date by the Independent Investigative Mechanism for Myanmar (IIMM), which is outlined in its Annual Report, indicates that sexual and gender-based crimes, including rape and other forms of sexual violence, and crimes against children have been perpetrated by members of the security forces and armed groups.

“Crimes against women and children are amongst the gravest international crimes, but they are also historically underreported and under-investigated,” said Nicholas Koumjian, Head of the Mechanism.

🔴 NEW!Evidence of #CrimesAgainstHumanity in #Myanmar is mounting, with women and children severely impacted.That's according to the Independent Investigative Mechanism for Myanmar in its 2022 annual report.READ IT HERE ▶️ https://t.co/v6VpXq3IQU pic.twitter.com/7baYbE8Hu7

Since starting operations three years ago, IIMM has collected more than three million pieces of information from almost 200 sources, according to the report.

The report reveals that children in Myanmar have been tortured, conscripted and arbitrarily detained, including as proxies for their parents.

“Our team has dedicated expertise to ensure targeted outreach and investigations so that these crimes can ultimately be prosecuted,” said Mr. Koumjian.

According to the publication, “there are ample indications that since the military takeover in February 2021, crimes have been committed in Myanmar on a scale and in a manner that constitutes a widespread and systematic attack against a civilian population” and the nature of potential criminality is also expanding.

This includes the execution by Myanmar’s military of four people on 25 July 2022, which was carried out after the report was prepared.

“Perpetrators of these crimes need to know that they cannot continue to act with impunity. We are collecting and preserving the evidence so that they will one day be held to account,” said Mr. Koumjian.

This latest analysis was released just two weeks before the five-year commemoration of clearance operations that resulted in the displacement of nearly one million Rohingya people.

The Rohingyas have faced decades of systematic discrimination, Statelessness and targeted violence in Myanmar's Rakhine State. Violent attacks in 2017 triggered an estimated 745,000 Rohingya, including more than 400,000 children, to flee to Bangladesh.

Most of the Rohingya who were deported or forcibly displaced at that time are still in camps for refugees or internally displaced persons.

“While the Rohingya consistently express their desire for a safe and dignified return to Myanmar, this will be very difficult to achieve unless there is accountability for the atrocities committed against them, including through prosecutions of the individuals most responsible for those crimes,” Mr. Koumjian explained.

“The continued plight of the Rohingya and the continuing violence in Myanmar illustrate the important role of the Mechanism to facilitate justice and accountability and help deter further atrocities.”

Meanwhile, with the consent of its information sources, IIMM is sharing relevant evidence to support international justice proceedings currently underway at the International Court of Justice (ICJ) and International Criminal Court (ICC).

The Mechanism was created by the UN Human Rights Council in 2018 to collect and analyse evidence of the most serious international crimes and other violations of international law committed in Myanmar since 2011.

It aims to facilitate justice and accountability by preserving and organizing evidence and preparing case files for use in future prosecutions of those responsible in national, regional and international courts. 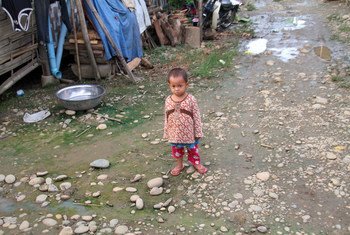 Still suffering from the devastating consequences of the February 2021 military coup, the UN rights chief said on Tuesday that the people of Myanmar remain “trapped in a cycle of poverty and displacement, human rights violations and abuses”. 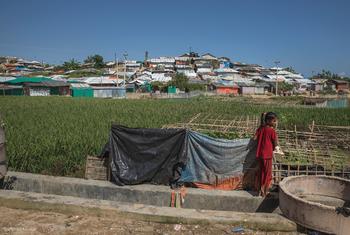