US Army/Kevin Cowan
Camp X-Ray was a part of Joint Task Force Guantanamo and has not been used since April 2002.

A group of independent human rights experts appointed by the UN Human Rights Council has condemned the continued operation of the Guantánamo Bay detention facility in Cuba as a site of “unparalleled notoriety” and “a stain on the US Government’s commitment to the rule of law”.

The detention camp, sited within a US naval base on the island, was set up in 2002 to house prisoners captured in Afghanistan, and at its peak housed some 780 people, most of whom were detained without trial.

In a statement released on Monday to coincide with the 20th anniversary of the facility, the experts called on the US, a newly elected member of the Council, to close Guantánamo , and declared that two decades of “practising arbitrary detention without trial accompanied by torture or ill treatment is simply unacceptable for any government, particularly a government which has a stated claim to protecting human rights”.

🇺🇸#USA: UN experts call on the US to close #Guantanamo Bay detention centre &amp; put an end to the ugly chapter of unrelenting human rights violations: “20 years of arbitrary detention without trial accompanied by torture or ill treatment is unacceptable.”👉https://t.co/R3EhHYoUym pic.twitter.com/TT38tiktoo

“Despite forceful, repeated and unequivocal condemnation of the operation of this horrific detention and prison complex with its associated trial processes, the United States continues to detain persons many of whom have never been charged with any crime,” the experts said.

“Guantánamo Bay is a site of unparalleled notoriety, defined by the systematic use of torture, and other cruel, inhuman or degrading treatment against hundreds of men brought to the site and deprived of their most fundamental rights”, they added, going on to describe the facility as a symbol of a systematic lack of accountability for state-sponsored torture, ill treatment, and impunity granted to those responsible.

As the remaining detainees get older, their health is deteriorating, and the US Department of Defense has reportedly requested a budget of around $88 million to build a hospice.

The level of medical assistance and torture rehabilitation treatment available to the prisoners is, say the experts, inadequate, despite being required under international law.

The experts called on the US to close the site, return detainees home or to safe third countries, while respecting the principle of non-refoulement, which means that they cannot be sent to a country in which they could be subject to persecution.

They also called for reparations to be made for tortured and arbitrarily detained prisoners, and for those who authorized and engaged in torture to be held accountable, as required under international law.

Since the opening of the detention centre in 2002, only 12 detainees are reported to have been charged, and just two convicted by Military Commissions.

The trial of the five acused of directly participating in the 2001 plot that led to planes being hijacked, and flown into New York’s Twin Towers and the Pentagon, have still not begun.

Pre-trial hearings on motions to suppress evidence of torture, are now going into a tenth year. In their statement, the experts express deep concern at these delays. “We particularly highlight the failures of the United States judicial system to play a meaningful role in protecting human rights, upholding the rule of law and enabling a legal black hole to thrive in Guantánamo  with their apparent approval and support,” they declare.

The experts praised lawyers defending the detainees who have “battled to protect the rule of law and identified the persistent human rights failures in the day-to-day operation of Commissions” which, they say, continue to violate the requirements of impartiality, independence and non-discrimination and should never have been used in the way they were deployed at Guantánamo. 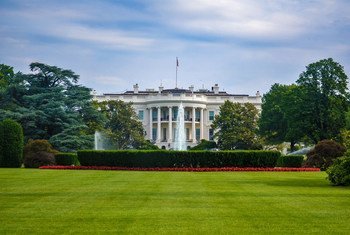 In response to the Biden Administration’s announced review into closing the infamous Guantánamo Bay detention centre in Cuba, independent UN human rights experts on Tuesday said it was vital to also address ongoing violations being committed against the 40 or so inmates still incarcerated there.