The people of Burundi continue to endure serious human rights violations including possible crimes against humanity, the majority committed by those with links to the ruling party, UN-appointed independent investigators said on Thursday.

Despite a pledge by President Evariste Ndayishimiye to address the situation in the country after years of violent repression, crimes including arbitrary detention and execution, torture and intimidation, have not stopped, according to the UN Commission of Inquiry on Burundi.

Despite President Évariste Ndayishimiye's promise to improve #humanrights and the rule of law after years of violent repression in #Burundi, structural measures to bring lasting change have yet to be seen, says a new report to #HRC48 by the Commission of Inquiry on Burundi. pic.twitter.com/q7oIKFR4qZ

“Not only have grave human rights violations continued to occur, but in some respects the situation has deteriorated”, since President Ndayishimiye’s took office in June last year, Commission chair Doudou Diene told journalists in Geneva.

These abuses happened against a backdrop of “multiple armed attacks” by opponents of the Government since August 2020, Mr. Diene explained.

“While seeking persons allegedly involved in the armed attacks or collaborating with rebel groups, the security forces targeted mainly members from the main opposition party, the National Congress for Liberty (CNL), former members of the Tutsi-dominated Burundian Armed Forces (ex-FAB), returnees and some of their family members. Some were executed, others disappeared or were tortured while detained arbitrarily.”

The Commission noted that although the level of political violence in the Great Lakes nation decreased immediately after the 2020 elections – and with the country appearing to be “on the road to normalization” - the human rights situation remains “dire”.

The national poll was held after the death of President Pierre Nkurunziza, whose decision to stand for a controversial third term in 2015 sparked major protests and mass displacement, and ultimately the establishment of the Commission of Inquiry by the Human Rights Council, in 2016.

The political climate today is “highly intolerant of dissent”, the Commissioners maintained in their fifth and final report to the Human Rights Council, highlighting how members of opposition parties - notably the CNL - have been targeted, in particular since June 2021.

Many security officers and others linked to the ruling party, the CNDD-FDD, continued to go unpunished for their crimes, they added, pointing to agents of the National Intelligence Service (SNR), police officers – including from the Mobile Rapid Intervention Groups (GMIR) - and the Imbonerakure youth-league, whose brutality has been documented in previous Commission of Inquiry reports.

Individuals belonging to these groups are “the main perpetrators of those violations, some of which could amount to crimes against humanity”, the Commission of Inquiry report said. “They continue to enjoy widespread impunity for their actions, as has been the case since 2015.”

Highlighting the lack of promised structural reforms to promote accountability in the country, Commissioner Françoise Hampson said that the “rule of law in Burundi continues to erode, despite the stated intention of President Ndayishimiye to restore it”.

In common with the Commission’s previous findings, Ms. Hampson noted how testimonies gathered for its latest report pointed to an organized campaign “against those elements of the civilian population that were seen as or thought to be hostile to the government in power” – a potential crime against humanity. “Some of the violations that this year’s report detail, seem to be a continuation of that policy,” she added.

In Burundi, the judicial system could not be relied upon “to curb or remedy human rights violations”, Ms. Hampson continued, warning that the newly elected Government “has only been strengthening its control over the judiciary”.

For the past five years, the Commission of Inquiry on Burundi has documented, monitored and reported alleged human rights violations in Burundi.

It has conducted more than 1,770 interviews, including remotely, in the Democratic Republic of the Congo (DRC), Rwanda, Tanzania, Uganda, as well as Burundi.

The Commission is scheduled to present its report to the Human Rights Council on 23 September, 2021.

FROM THE FIELD: Women owning the peace 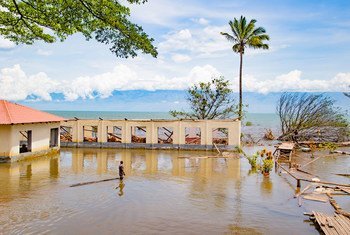 FROM THE FIELD: A flood of humanitarian needs for Burundi lake dwellers

Some 52,000 people have been displaced by flooding in Burundi since March this year, following the rise of waters in Lake Tanganyika in East Africa and most need humanitarian assistance, according to the UN’s International Organization for Migration (IOM). 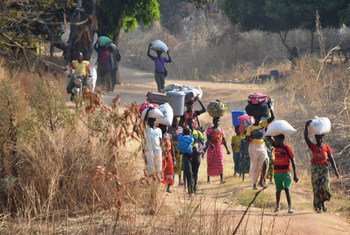