Shocking’ escalation of grave violations against children in Afghanistan: UNICEF

© UNICEF Afghanistan
A mother and her children fled conflict in Lashkargah and now live in a displaced persons camp in Kandahar, southern Afghanistan.

Shocking’ escalation of grave violations against children in Afghanistan: UNICEF

The UN Children’s Fund (UNICEF) expressed shock on Monday at the rapid escalation of grave violations against children in Afghanistan, following the deaths of 27 children in the country in the past 72 hours, and 136 who were injured.

"The atrocities grow higher by the day,” warned UNICEF Afghanistan Representative Hervé Ludovic De Lys, in a statement. "All of them are children whose right to protection, under international humanitarian law, has been disregarded by warring parties.”

The atrocities against children in Afghanistan grow higher by the day.They need protection and peace now.https://t.co/iS33BkB9SU

In a statement, Mr Griffiths said “fighting across the country, which has claimed the lives of over 40,000 people since 2009 when UN reporting began, needs to stop. People have suffered enough.”

More than 1,000 people have been killed or injured due to indiscriminate attacks against civilians in Hilmand, Kandahar and Hirat provinces in the last month alone.

On Friday Special Representative Deborah Lyons, head of the UN Assistance Mission in Afghanistan (UNAMA) warned that the war in Afghanistan is now in “a new, deadlier, and more destructive phase”, and appealed for the Security Council to act to avert a catastrophe.

Ahead of talks in Qatar next week, and the Council’s next meeting on Afghanistan in September, Ms. Lyons urged ambassadors to seize the opportunity to address the deteriorating situation in the country.

Mr Griffiths reminded all parties to the conflict of their obligations under international humanitarian and human rights law, including their responsibility to protect civilians.

He highlighted the need to ensure access for humanitarian organizations to reach people in need. Humanitarian organizations are committed to stay and deliver relief and assistance to all civilians, he said, but they need unimpeded access and assurances that aid workers and service providers can deliver aid and services without interference. A safe, secure, and sustainable future in Afghanistan can only be achieved through successful peace negotiations, he said.

Mr De Lys said the atrocities are also evidence of “the brutal nature and scale of violence in Afghanistan which preys on already vulnerable children.” The UNICEF spokesperson said he was also “deeply concerned” about reports that children are increasingly being recruited into the conflict in Afghanistan by armed groups.

Many other boys and girls are “deeply traumatized” after witnessing atrocities committed against their families and others in their communities, he added.

Only a “complete end of hostilities can protect Afghanistan’s children, he said, calling on “all those engaged in mediation efforts to uphold the warring parties to their international obligations to children." 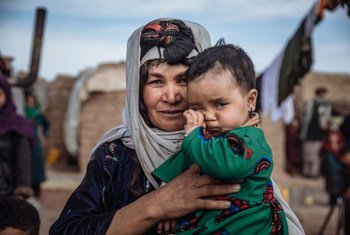 With the war in Afghanistan now in “a new, deadlier, and more destructive phase”, the top UN official in the country appealed on Friday for the Security Council to act to avert a catastrophe. 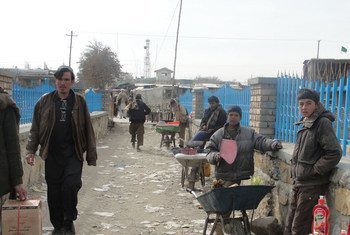 Afghanistan: Record number of women and children killed or wounded

More women and children were killed and wounded in Afghanistan in the first half of 2021 than in the first six months of any year since records began in 2009, a United Nations report revealed on Monday.