Unsplash/Nathaniel Tetteh
At the UN, solutions to prevent and combat corruption are being discussed.

The effects of corruption are “detrimental to all of society”, the President of the UN General Assembly said on Wednesday during the first day of a special session convened to galvanize political will to fight the scourge.

“We cannot pretend that there were no issues before the COVID-19 pandemic”, said Volkan Bozkir. “Transnational financial crime and corruption are unfortunately commonplace in our interconnected, interdependent world”.

He said that it affects decision-making processes and “remains one of the most critical challenges for States, institutions, and communities”.

The #UNGASS2021 Political Declaration entitled “Our common commitment to effectively addressing challenges and implementing measures to prevent and combat corruption and strengthen international cooperation” has been adopted #UnitedAgainstCorruption pic.twitter.com/Q5MlArUG6I

From corroding public trust to weakening the rule of law and destabilizing peacebuilding efforts to undermining human rights, the Assembly President outlined the negative repercussions of corruption.

It hits the poor, marginalized and vulnerable people hardest and “impedes progress” towards gender equality and achieving the Sustainable Development Goals (SDGs), he added.

“We cannot allow corruption to continue. We will not”, Mr. Bozkir spelled out.

Mr. Bozkir highlighted the need to build upon existing progress, including through the UN Conventions against Transnational Organized Crime and Corruption; the international conferences on financing for development, which resulted in the Addis Ababa Action Agenda; and the High-Level Panel on International Financial Accountability, Transparency and Integrity, for Achieving the 2030 Agenda (FACTI Panel).

And the UNGASS Political Declaration to tackle corruption, builds upon existing architecture to provide the international community with “a roadmap for the future”, he said.

“It will guide Member States in their work to fight corruption and money-laundering, as well as critical efforts to recover assets and prevent illicit financial flows”, which derail SDGs progress.

“Corruption thrives in a crisis”, Mr. Bozkir stated, noting that corrupt actors have exploited the unprecedented strain that the COVID-19 pandemic has put on supply chains, infrastructure and systems around the world.

Amidst a complex global vaccine roll-out effort, he urged policymakers to “leverage this special session” to take concrete measures to prevent and address corruption by closing loopholes and putting safeguards in place.

“We must learn from this experience because the next crisis will come, and we will need to be prepared to meet it when it does”, said the Assembly president, inviting attendees to a high-level supporting event tomorrow on addressing corruption in the context of the COVID-19 pandemic.

The international community must continue adapting to new and emerging challenges, said Mr. Bozkir calling the special session “a key moment to galvanize a comprehensive, multi-stakeholder response” with a significant role for non-governmental organizations, civil society and others.

“We will not recover from this global economic downturn without a concerted effort to end corruption”, he concluded. “Each Member State, and indeed each individual, has a responsibility to be vigilant, to take preventative measures, and to uphold the rule of law, without exception”.

No more business as usual

In her opening statement, Deputy Secretary-General Amina Mohammed said that business as usual is no longer acceptable and that the governments of the future must commit to eradicate corruption and promote the rule of law in all aspects.

While citing a lack of oversight that has led to illicit financial flows, the UN deputy chief noted that people are fed up with public institutions that spurn accountability and promote impunity.

Because the SDG promises require higher levels of public trust, she asserted that this event could rebuild that trust, help strengthen the social contract and keep the objectives of the Decade of Action within reach.

Corruption stifles opportunities for the poor and marginalized, increases inequalities and siphons off development funds, said ECOSOC President Munir Akram, while affirming the FACTI recommendation for a new mechanism to track and address illicit financial flows, corruption and bribery.

Stressing the need for urgent global action, he claimed that curbing corruption could result in as much as $1 trillion in tax revenue, which could then be used for a variety of SDG-related public goods.

Mr Akram said that we must “stop the bleeding” in developing countries, calling it nothing short of criminal.

Ministers from the G7 intergovernmental organisation welcomed the UNGASS Declaration and committed to achieving its aims through measures to prevent corruption, enhance transparency, enforce anti-corruption laws and deny safe havens to corrupt individuals while championing democratic governance and fundamental freedoms.

“We firmly reiterate the importance of strong and unified leadership in addressing corruption” and commit to continuing to “drive progress on this important agenda”, they said. 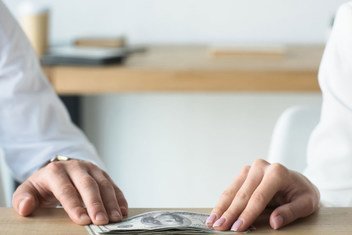 Make ‘every effort’ to save COVID-19 response from corruption, UN Assembly President urges

Every effort must be taken to ensure that corrupt and unscrupulous practices do not prevent or impede the equitable availability and distribution of COVID-19 vaccines, the President of the United Nations General Assembly said on Wednesday. 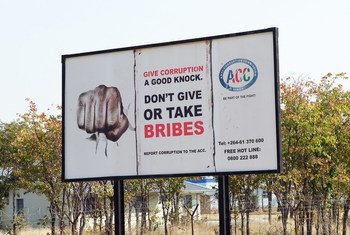 Corruption has thrived under the coronavirus pandemic and anyone involved in graft must be prevented from exploiting the rollout of new vaccines, the UN Secretary-General has said.