The International Labour Organization (ILO) also maintained in a new report that although the world’s nations “will emerge” from the ongoing health crisis, “five years of progress towards the eradication of working poverty have been undone” nonetheless.

The labour market crisis created by the #COVID19 pandemic is far from over. Employment growth will be insufficient to make up for the losses suffered until at least 2023. Check out the new ILO WESO Trends report: https://t.co/frEhP1ktgS pic.twitter.com/CeRaO0O0gm

“We’ve gone backwards, we’ve gone backwards big time,” said ILO Director-General Guy Ryder. “Working poverty is back to 2015 levels; that means that when the 2030 Sustainable Development Agenda was set, we’re back to the starting line.”

The worst-affected regions in the first half of 2021 have been Latin America and the Caribbean, Europe and Central Asia, all victims of uneven recovery.

They’ve seen estimated working-hour losses exceed eight per cent in the first quarter and six per cent in the second quarter, far higher than the global average (of 4.8 and 4.4 per cent respectively).

Women have been hit “disproportionately” by the crisis, seeing a five per cent employment fall in 2020, compared to 3.9 per cent for men.

“A greater proportion of women also fell out of the labour market, becoming inactive,” ILO said, noting that “additional domestic responsibilities” had resulted from lockdowns which risked a “re-traditionalization” of gender roles.

Youth employment has also continued to suffer the economic downturn, falling 8.7 per cent in 2020, compared with 3.7 per cent for adults.

The most pronounced fall has been in middle-income countries where the consequences of this delay and disruption to the early labour market experience of young people “could last for years”, ILO warned.

Compared to 2019, an additional 108 million workers worldwide are now categorized as “poor” or “extremely poor” – meaning that they and their families live on the equivalent of less than $3.20 per person, per day.

“While signs of economic recovery are appearing as vaccine campaigns are ramped up, the recovery is likely to be uneven and fragile,” Mr Ryder said, as ILO unveiled its forecast that global unemployment will reach 205 million people in 2022, up from 187 million in 2019.

The Geneva-based organization also projected a “jobs gap” increase of 75 million in 2021, which is likely to fall to 23 million in 2022 – if the pandemic subsides.

The related drop in working-hours, which takes into account the jobs gap and those working fewer hours, amounts to the equivalent of 100 million full-time jobs in 2021 and 26 million in 2022.

The ILO report maintained that although global employment recovery should accelerate in the second half of 2021, it will likely be an uneven recovery.

Unequal vaccine access is to blame, ILO insisted, in addition to the limited capacity of most developing and emerging economies to support the strong fiscal stimulus measures that have characterised the approach of the world’s wealthiest countries to the COVID-induced downturn.

“Without a deliberate effort to accelerate the creation of decent jobs, and support the most vulnerable members of society and the recovery of the hardest-hit economic sectors, the lingering effects of the pandemic could be with us for years in the form of lost human and economic potential and higher poverty and inequality,” said Mr. Ryder. “We need a comprehensive and co-ordinated strategy, based on human-centred policies, and backed by action and funding. There can be no real recovery without a recovery of decent jobs.”

Collective bargaining in the workplace, essential for global recovery: ILO 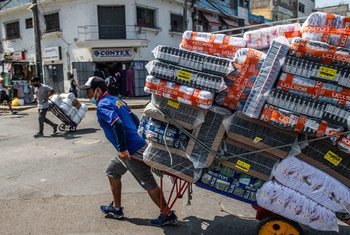 Is this the year we overcome the global economic crisis caused by the pandemic? Are our jobs in danger? Who has lost the most in the crisis and what can be done to recover? As the UN Department of Social and Economic Affairs (DESA) prepares to launch the mid-year update of the 2021 World Economic Situation and Prospects (WESP) report, here are five things you need to know about the state of the global economy. 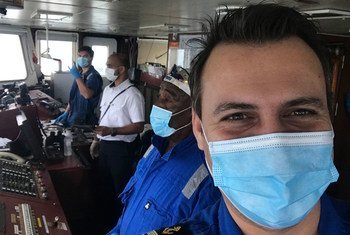 Around 200,000 cargo ship crew members are stranded at sea, beyond the length of their contracts due to COVID-19 restrictions, placing a major strain on their physical and mental health. New UN guidelines were published on Thursday, aimed at helping the industry better protect human rights at sea, as new COVID variants threaten to further delay crew turnover.