© UNICEF Moldova
Journalists gather at an event in Moldova, in eastern Europe.

The financial decline of many public interest media organizations worldwide has been among the dangerous side-effects of the COVID-19 pandemic, Secretary-General António Guterres said on Wednesday in remarks to a UN-backed event to boost support for the sector.

With newspapers alone losing an estimated $30 billion last year, “some fear that the pandemic could become a ‘media extinction event’”, he warned.

“We cannot afford to let this happen”, the UN chief said in pre-recorded message.  “Maintaining independent, fact-based reporting is an essential global public good, critical to building a safer, healthier and greener future.”

The Secretary-General called for countries to support the newly established International Fund for Public Interest Media, particularly to secure the future of independent media organizations in low- and middle-income countries.

Listen below to our UN News interview with Sheetal Vyas on the issue:

Wednesday’s discussion was held ahead of World Press Freedom Day on 3 May.  It was co-organized by the UN Department of Global Communications (DGC) in cooperation with the philanthropic organization Luminate, in support of Verified, a UN initiative to share fact-based COVID-19 information.  Melissa Fleming, who heads up DGC, moderated the event.

The pandemic has revealed how access to reliable information is more than just a basic human right, but also a matter of life and death, and the UN has been working to counter related misinformation and disinformation, as well as hate speech, which have risen along with the caseload.

Ghana’s Minister of Information, Kojo Oppong-Nkrumah, told participants that the “infodemic” has only added to the economic woes which the media is facing.

“As people manufacture false materials and throw it out there, and as media revenues are cut and therefore the levels of professionalism that you require have a tendency to suffer, the compounding effect is that the credibility of media outlets is threatened, specifically when they begin airing some of these misinformed or fabricated materials over and over again”, he said.

That the pandemic is strangling media globally was confirmed in a survey of 1,400 English-speaking journalists and news managers in 125 countries, conducted by the International Center for Journalists (ICFJ) and Columbia University, both based in the United States.

Media depend on advertising revenues, and more than 40 per cent reported declines of between 50 and 75 per cent.  The result has been salary cuts and staff layoffs “at a time when people desperately needed information”, said Joyce Barnathan, the ICFJ President.

Their “snapshot” also revealed the pandemic’s mental toll on the people who bring us the news.

Some 70 per cent of journalists found the psychological and emotional impacts were the most difficult part of their work.  Around one-third said their organizations had not provided them with protective equipment. A separate study found women journalists also reported “startling” attacks. 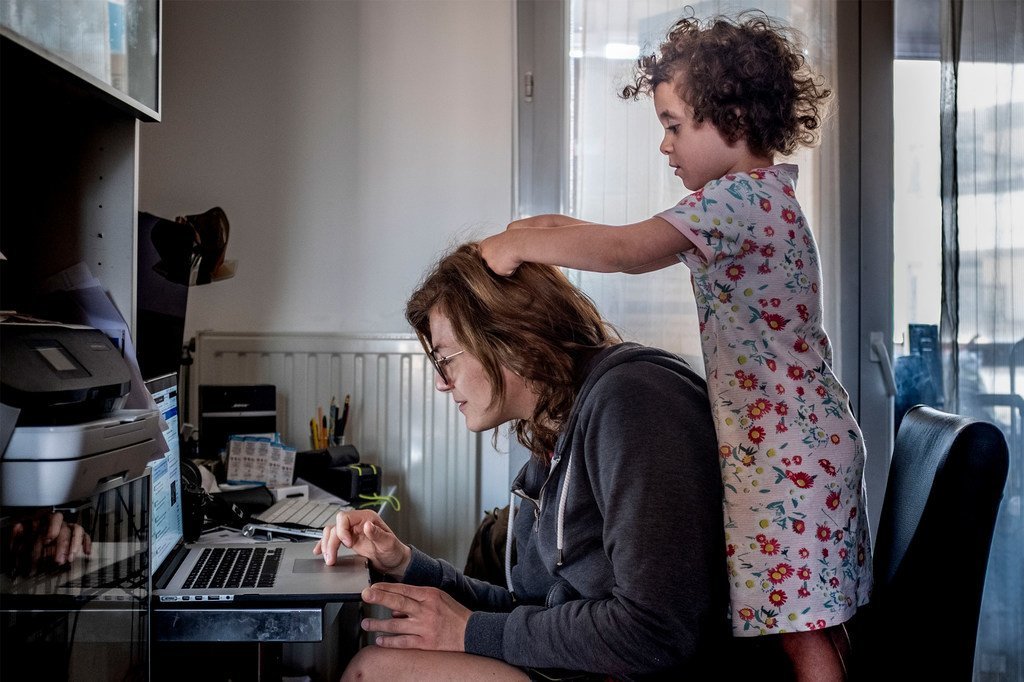 As economies slowly return to a new normal, Ms. Barnathan expects ad revenues will also come back.  However, she wondered if their levels will be sufficient to fund vibrant public interest media globally because something greater is at stake.

“At risk is not just journalism but, in my view, the future of democracies”, she said.

Award-winning Filipina journalist Maria Ressa supported this belief, stating that the “mission” of journalism has never been more important.  Most people now get their news from social media such as Facebook, but she said these same platforms “are biased against facts”.

With the current business model of journalism essentially “dead”, and advertising being siphoned off by Facebook and other tech giants, Ms Ressa stressed that public interest media organizations must “deal with the tech” to survive.

Fellow journalist Maria Teresa Ronderos from Colombia believed the current period of “disruption” could lead to experimentation and innovation in their profession.  She underlined the need for funding.

“But to experiment, you fail, and that is costly”, she said. “If journalism gets the support it needs at this really big, large scale, it can use the technology to do investigative reporting, to connect with people, to connect with audiences, in a much more qualitative way than it ever did.”

EDITOR'S NOTE: One of the speakers on the panel, ICFJ President, Joyce Barnathan, misspoke during the discussion featured in the video of the event, referring to 14,000 survey respondents, instead of 1,400. The text of this story, has been edited accordingly. 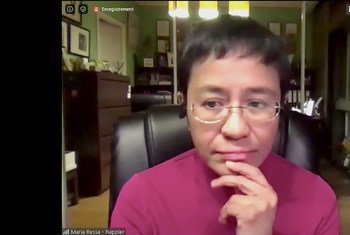 The United Nations Educational, Scientific and Cultural Organization (UNESCO) on Tuesday named investigative journalist and media executive Maria Ressa of the Philippines as the recipient of its 2021 press freedom award.