© UNICEF/John Vink
In Cambodia, cannabis is often laced with heroin and smoked by addicts. (file 2014)

The growing complexities of the world drug problem are hampering efforts to achieve sustainable development by the end of the decade: a situation which the COVID-19 pandemic has only compounded, the Executive Director of the UN Office on Drugs and Crime said on Monday.

Ghada Waly was addressing the opening of the latest session of the Commission on Narcotic Drugs (CND), the agency’s governing body, taking place this week in-person and online from Vienna.

“The pandemic has brought about changes in drug trafficking and the illicit drug market as a result of mobility restrictions and related measures. It has also increased vulnerabilities associated with negative coping mechanisms and risky behaviours”, she told participants.

In the shadow of the pandemic, opioids continued to claim more lives than any other drug, accounting for nearly 70 per cent of drug deaths.  At the same time, coverage for preventing and treating drug use disorders, HIV and related diseases has also been impacted.

Ms. Waly added that COVID-19 has also affected access to controlled substances for medical purposes, such as for pain management, particularly in low and middle-income countries.

“Rising poverty and unemployment resulting from the crisis have also further deepened vulnerabilities”, she said.  “More people are now without access to proper care, and at greater risk of drug use, and potentially more likely to turn to drug cultivation or trafficking in their desperation to earn a living.”

The UN official reported that following the 2008 financial crisis, drug use patterns became more harmful, with a shift to cheaper drugs and injecting drug use, amid a reduction in government funding to address the problem.

“We must be prepared to face similar challenges in the current crisis”, she warned.

Ms. Waly also reported on UNODC’s actions throughout the pandemic.

The agency has been assisting policymakers and providers of drug prevention, treatment and care, as well as HIV services, while also working with hundreds of grassroots organizations.

Together with the World Health Organization (WHO), staff have trained some 10,000 professionals providing care in nearly 30 countries, serving thousands.

UNODC is also now preparing the latest edition of its flagship World Drug Report, which will be launched in June.  The study will provide an outlook on the predicted evolution of drug markets post-pandemic, among other topics.

More than 1,400 participants from 128 countries are taking part in this latest session of the UN Commission.  The official opening of the CND saw adoption, by consensus, of a joint statement which outlines new challenges, good practices and actions to take in addressing the impact of COVID-19.

Guterres calls for ‘paradigm shift’ to recover from COVID setbacks 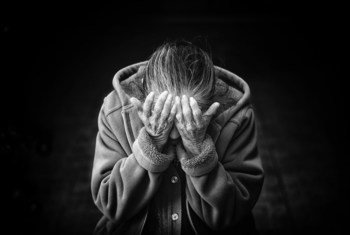 Drug use among older people globally has risen in recent years and countries must act to address this “hidden epidemic”, the International Narcotics Control Board (INCB) said in its annual report, issued on Thursday.