© FAO/Eduardo Soteras
Women work in a vegetable garden in a village in Senegal. The village is part of the

The world needs “a major breakthrough” to slow the pace of climate change and build resilience to protect the most vulnerable from increasingly severe and frequent climate impacts, the deputy UN chief told a crucial high-level meeting on Wednesday, looking ahead to November’s COP26.

With countries across the world having agreed through the Paris Agreement to a goal of limiting temperature increases to 1.5 degree Celsius above pre-industrial levels to mitigate global warming, Deputy Secretary-General Amina Mohammed spelled out at the Climate and Development Ministerial Meeting: “We now need to spare no effort to achieve it in this ‘make-or-break year’”.

To achieve the #ParisAgreement goals, we must spare no effort. Just transitions ensuring jobs, clean energy and food security are an imperative. @UN identified 5 concrete #ClimateActions to achieve breakthroughs in adaptation and resilience in 2021. pic.twitter.com/wVP80Zl7cn

She painted a picture of climate financing to Least Developed Countries and Small Island Developing States at 14 and two per cent respectively; one person in three not adequately covered by early warning systems; and women and girls – who make up 80 per cent of those displaced by the climate emergency – often excluded from decision-making roles.

She said the need to adapt and be resilient, was “a moral, economic and social imperative”, pointing out that it receives just one-fifth of total climate finance. She said “we cannot wait until 2030 or 2050 to rectify these failings”.

The UN has identified five concrete and achievable actions to help countries throughout the year respond to the climate emergency and “secure the breakthrough that the Secretary-General has called for”, said the Deputy UN chief.

Firstly, donors need to increase their financial support to climate adaptation by least 50 per cent by June, when the United Kingdom hosts the G7 Summit of industrialized countries, followed by national and multilateral development banks once the UN climate conference (COP26) convenes in November.

Access to climate support must be “streamlined, transparent and simplified”, especially for the most vulnerable and for a “significant scale-up” of existing financial instruments designed to handle disasters, along with new instruments to “incentivize resilience-building”.

Next, the deputy UN chief said that developing countries needed to have the tools at their disposal to embed climate risk in all planning, budget, and procurement strategies.

“Risk information is the critical first step for risk reduction, transfer and management”, she said.

The final action highlighted, was to support locally and regionally led adaptation and resilience initiatives in vulnerable countries, cities and communities, at the frontlines of climate disruption.

“We must support efforts that provide local actors, including indigenous people, women and youth, with a much greater voice in the decisions that most affect them”, Ms. Mohammed said.

Noting that a “decade of transformation” cannot be delivered with soaring debt levels, she welcomed calls for a massive injection of liquidity and extensive debt relief to provide vulnerable countries with extra resources.

“Equally important will be transforming the international debt architecture so that it ensures all can emerge from this crisis with an equal chance of building back better and differently”, she said.

In closing, the deputy UN chief urged ministers online to seize the opportunity to “push again today for a concrete outcome that is bold, decisive and ambitious” to ensure “an inclusive and climate resilient transition”.

“I very much look forward to working with you all to achieve the success people and planet deserve at COP26.”

At the same time, top international energy and climate leaders met at the International Energy Agency (IEA)-COP26  Net Zero Summit to discuss how to accelerate clean energy momentum and examine how countries can more effectively work together to reduce greenhouse gas emissions to net zero.

The meeting took stock of the growing list of commitments from countries and companies to reach the goals of the Paris Agreement and focused on implementing the necessary actions to turn the growing number of net zero targets into a reality.

To sort out future measures, participants from more than 40 countries shared insights on what has worked so far.

The event was designed to increase momentum towards COP26 and informed the preparation of IEA’s upcoming Special Report “The World’s Roadmap to Net Zero by 2050”.

Click here if you want to watch the summit in its entirety. 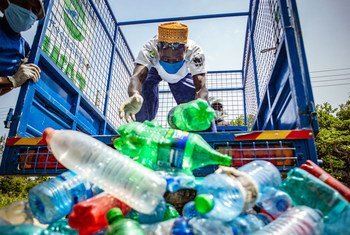 Vulnerable communities disproportionately bear the brunt of environmental degradation caused by plastics pollution, and action is urgently needed to address the issue and restore access to human rights, health and well-being, according to a new UN report published on Tuesday. 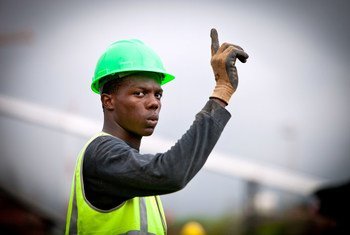 Countries have fallen short in their commitments to build back better after the COVID-19 pandemic, with just 18 per cent of announced recovery spending going towards ‘green’ investment, according to a new report published on Wednesday by the UN and Oxford University.