© UNICEF
AstraZeneca COVID-19 vaccines are delivered to Sri Lanka as part of the COVAX initiative.

At the beginning of the year, WHO chief Tedros Adhanom Ghebreyesus had called for countries to work together, so that all States could begin vaccinating within the first 100 days of 2021.

“177 countries and economies have started vaccination”, he said at a regular press briefing, adding that with just 15 days left before the 100 days are up, 36 countries are still waiting for vaccines so they can start inoculating health workers and older people.

Of those countries, 16 are scheduled to receive their first doses from COVAX within the next 15 days, leaving 20 nations waiting.

“COVAX is ready to deliver, but we can’t deliver vaccines we don’t have”, said Tedros, pointing to the distorting effect of export bans and vaccine diplomacy, which have caused “gross inequities in supply and demand”.

Moreover, increased demand for shots, and changes of national strategy, have led to delays in securing tens of millions of doses that COVAX was counting on.

Noting that getting all countries up and running by day 100, is “a solvable problem”, the UN official asked countries with shots cleared for WHO “Emergency Use”, to donate as many as they can as “an urgent stop-gap measure”, so the 20 additional countries can begin vaccinating their healthcare workers and elderly within the next two weeks.

“COVAX needs 10 million doses immediately”, he said. While acknowledging that contributing doses is “a tough political choice”, he asserted that “there are plenty of countries who can afford to donate doses with little disruption to their own vaccination plans”.

More in the making

Currently, many countries who had invested in COVAX in good faith have become frustrated with bilateral deals that have left the vaccine initiative short, said Tedros.

“WHO and our partners are continuing to work around the clock to find ways to increase production and secure doses”, he added, saying that four more inoculations were being assessed for WHO Emergency Use Listing – at least one of which may be approved by the end of April.

In related coverage, five UN agencies on Friday, advocated for prioritizing COVID-19 vaccinations for seafarers and aircrews who have been severely impacted by pandemic-imposed travel restrictions.

As such, they called upon countries that have not done so to “designate seafarers and aircrew as key workers”.

“We also call on governments to identify and prepare for the challenges of COVID-19 vaccination of seafarers and aircrew, particularly for seafarers spending long periods of time away from their home country”, they added. 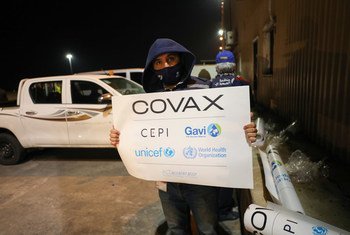 The growing gap between the number of vaccines being given in rich countries and those administered through COVAX is becoming “more grotesque every day”, the head of the UN health agency said on Monday. 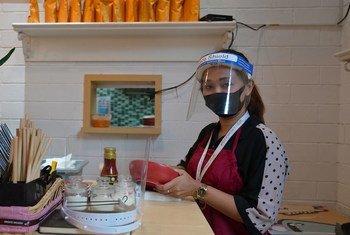 COVID-19 cases globally are on track to rise for a fourth consecutive week, the World Health Organization (WHO) reported on Friday.