Coral Reef Image Bank/David Gros
A lighthouse off the coast of Florida in the United States.

Climate change has hit the world’s oceans hard, UN weather experts said on Monday, in a call for lifesaving monitoring and early warning services that were interrupted by COVID-19 to be ramped up again, to protect shipping and coastal communities at risk.

In an alert that warmer seas helped to fuel a record Atlantic hurricane season last year, along with intense tropical cyclones in the Indian and South Pacific Oceans, the World Meteorological Organization (WMO) also underscored the long-term threat from sea level rise.

#WorldMetDay is 23 March.The #Ocean, our #climate and #weather. The ocean drives climate and weather. It absorbs around 90% of excess heat trapped by C02. #ClimateChange makes it more vulnerable and hazardous. #OceanDecadeResources at https://t.co/AnMwluwPnO pic.twitter.com/2yuYmEfNIa

“About 40 per cent of the global population live within 100 kilometres of the coast, there is an urgent need to protect communities from coastal hazards, such as waves, storm surge and sea level rise” via “multi-hazard” warning systems and forecasting, said Professor Petteri Taalas, WMO Secretary-General.

According to the UN agency, the “blue economy” is estimated at $3-6 trillion a year, accounting for more than three quarters of world trade and providing livelihoods for more than six billion people.

Millions of dollars in goods and hundreds of lives are still lost at sea each year, due to extreme weather conditions such as high winds, large waves, fog, thunderstorms, sea ice and freezing spray, WMO noted.

It described the ocean as “the Earth’s thermostat”, absorbing and transforming a significant portion of the sun’s radiation and providing heat and water vapour to the atmosphere.

Although vast ocean currents circulate this heat around the planet, often for thousands of kilometres, human activities have increasingly distorted this natural ocean/atmosphere equilibrium, WMO maintained.

The UN agency pointed to the fact that oceans absorb over 90 per cent of excess atmospheric heat trapped by greenhouse gases, which has come “at a heavy price as ocean warming and changes in ocean chemistry are already disrupting marine ecosystems and people who depend on them”.

This impact “will be felt for hundreds of years”, WMO chief Taalas continued, before pointing to the profound repercussions of ice melt for the rest of the globe, through changing weather patterns and accelerating sea level rise.

“In 2020, the annual Arctic sea ice minimum was among the lowest on record, exposing Polar communities to abnormal coastal flooding, and stakeholders such as shipping and fisheries, to sea ice hazards,” he explained.

Ahead of World Meteorological Day on Tuesday 23 March, the UN agency highlighted the value of the “24/7 work” of national weather centres in protecting lives and property “not just on land but also at sea”.

Although the accuracy and timeliness of weather forecasting have improved, WMO explained that vessels lacking the latest technology often went without this crucial shipping news.

“It is vital to improve decision support services to help mariners reach a balance between minimizing costs and routing, whilst also maximizing safety and avoiding hazardous maritime weather,” WMO said in a statement.

A key concern is increasing sea ice loss as the world warms up, it explained. “Less ice does not mean less danger and the consequences of a major accident in Arctic waters would be devastating for the environment. WMO is therefore trying to improve forecasts and warnings of both weather and ice conditions in polar regions.”

Gaps to be filled

Despite technological advances that have revolutionized ocean monitoring globally and helped to understand its link to weather and climate, the UN agency cautioned that “big geographical and research gaps” remain in the Global Ocean Observing System, amid increasing demand for forecasts and services.

The COVID-19 crisis made matters worse when in March 2020, governments and oceanographic institutions recalled nearly all oceanographic research vessels home.

“It also reduced the capacity of commercial ships to contribute vital ocean and weather observations,” WMO said. “Ocean buoys and other systems could not be maintained, in some cases leading to their premature failure.”

Sea level has risen by around 15 centimetres during the 20th century, according to WMO, from glacier melt, the expansion of warmer sea waters and additions from former ice sheets in Greenland and Antarctica.

Projections show that sea level rise could be in the order of 30-60 centimetres by 2100, even if greenhouse gas emissions are sharply reduced and global warming is limited to well below 2°C.

However, if greenhouse gas emissions continue unabated, the increase will be between 60-110 centimetres.

INTERVIEW: ‘Deliver the care our ocean needs – together’, urge co-hosts of UN conference 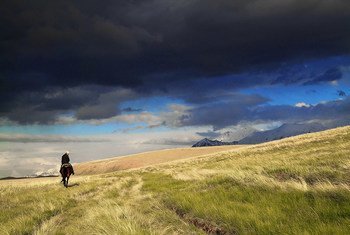 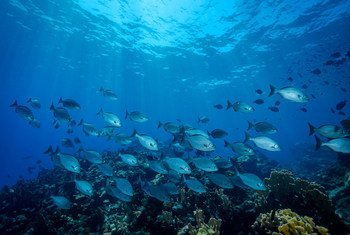 January marked the beginning of what many within the UN and beyond view as “the most critical decade of our lives”, the UN Educational, Scientific and Cultural Organization (UNESCO) said on Wednesday, launching a major initiative to protect the world’s oceans through the next ten years.