Bangladesh: UN rights chief urges transparent probe into writer’s death, review of law under which he was charged 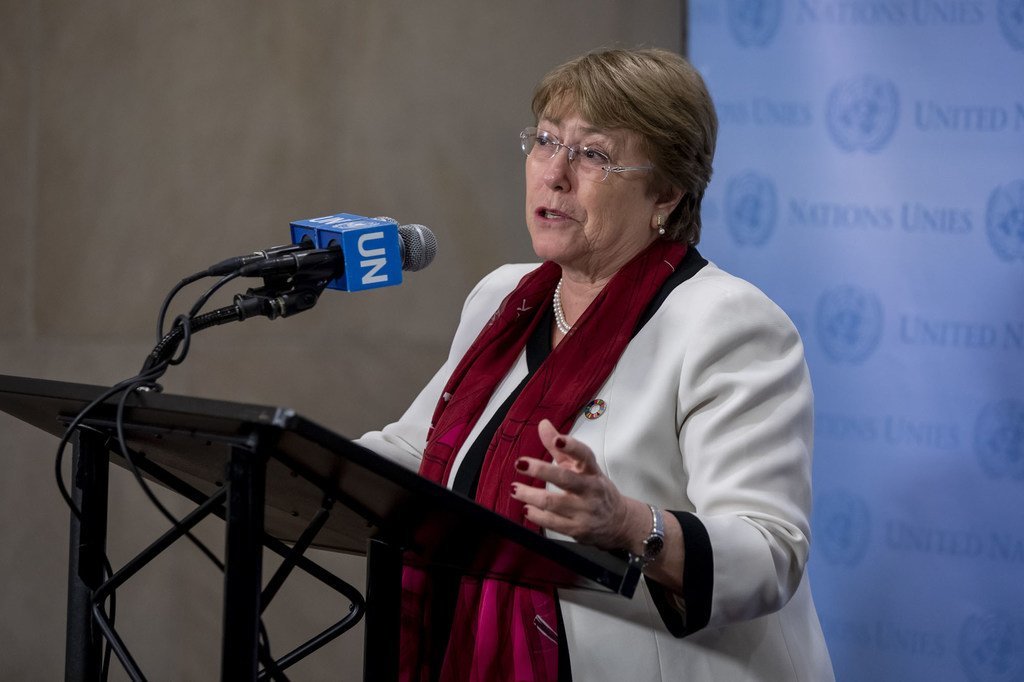 The UN's top human rights official on Monday called for transparent investigation into the death in custody of a writer in Bangladesh, who was held in pre-trial detention for nine months for publishing an article and sharing social media posts critical of the Government’s COVID-19 response.

Writer Mushtaq Ahmed died on 25 February after he was transferred to a prison hospital for treatment. The authorities have announced they will investigate his death, according to a news release by the UN human rights office (OHCHR).

🇧🇩 #Bangladesh: @MBachelet urges the Government to ensure investigation into the death in custody of writer #MushtaqAhmed is prompt, transparent & independent. All those detained under the Digital Security Act for #FreeSpeech must be released. Read 👉 https://t.co/m7WiIXYEBt pic.twitter.com/XMBArz3L09

“The Government must ensure that its investigation into Ahmed’s death is prompt, transparent and independent”, Michelle Bachelet, UN High Commissioner for Human Rights, said.

She urged the authorities to conduct a review of the Digital Security Act, under which Mr. Ahmed was charged; suspend its application; and release all those detained under it for exercising their rights to freedom of expression and opinion.

“Various UN human rights bodies have long raised concerns about the ill-defined, overly broad provisions of the Digital Security Act that have been used to punish criticism of the Government”, the High Commissioner said.

Several arrested under the Act

The High Commissioner also expressed serious concern at allegations that another man detained on similar charges as Mr. Ahmed, cartoonist Ahmed Kishore, was subjected to torture or other ill treatment.

She reminded the authorities of their obligation to promptly and effectively investigate the claims and to ensure his safety and well-being.

According to OHCHR, Mr. Ahmed and Mr. Kishore were among 11 individuals arrested in May last year for allegedly spreading misinformation about COVID-19 or criticizing the Government response.

The men were repeatedly denied bail and remained in pre-trial detention for nearly nine months before they were officially charged on 20 January this year for posting “propaganda, false or offensive information, and information that could destroy communal harmony and create unrest”, the Office noted.

They were brought before a court on Tuesday last week, where Mr. Kishore alleged that he had been subjected to torture by two Rapid Action Battalion officers, the Office added. According to reports, he appeared visibly injured.

Allegations of abuses ‘a long-standing concern’

The UN rights office also said that allegations of torture and ill-treatment by the Rapid Action Battalion have been a long-standing concern.

The Committee Against Torture, an independent body monitoring the implementation of the Convention against Torture and Other Cruel, Inhuman or Degrading Treatment or Punishment, in 2019 recommended the Government of Bangladesh commission an independent inquiry into allegations that members of the unit have carried out torture and other rights abuses, including arbitrary arrests, disappearances and extrajudicial killings “as a matter of routine policy”, OHCHR added.

Cartoonist must be released on medical grounds, urge rights experts

Cartoonist must be released on medical grounds, urge rights experts

An ailing Bangladeshi cartoonist who has been detained for allegedly spreading fake news about the country’s response to COVID-19, should be released immediately, UN-appointed independent rights experts said on Wednesday.