UN independent experts call for ‘justice, accountability and reparation to victims’ in Sudan

Recent intercommunal violence and deadly attacks in Darfur have prompted two independent UN human rights experts on Monday to urge the Government of Sudan to urgently implement strong measures to ensure the safety of civilians, including the internally displaced.

“We urge the Government of Sudan to step up its efforts to protect civilians, including those internally displaced, prevent further displacements and advance solutions to internal displacement by promptly and fully implementing its National Plan for the Protection of Civilians,” said Cecilia Jimenez-Damary, Special Rapporteur on the human rights of internally displaced persons, and Agnes Callamard, Special Rapporteur on extrajudicial, summary or arbitrary executions.

On 18 January, clashes between the Rezigat and Falata communities in El Gereida locality, in South Darfur, reportedly left 72 people dead, more than 70 injured and about 100 families displaced.

And intercommunal violence on 16 and 17 January led to clashes between Arab nomads and the non-Arab ethnic Masalit in West Darfur, which reportedly affected the Krinding and Abu Zar camps for internally displaced persons. Some 163 people were reported killed, 217 injured and 50,000 people displaced.

The UN experts upheld that a thorough investigation be conducted and the perpetrators be brought to justice.

“Justice, accountability and reparation to victims are essential to address insecurity, prevent further violence and displacement, and support durable solutions for internally displaced persons”, they said.

The experts also expressed grave concern for the internally displaced persons in the Darfur region, particularly the long-term displaced.

“Many have been living in protracted displacement in dire conditions, and the challenges they face to achieve durable solutions, in particular due to insecurity and land disputes, are disturbing”, the Special Rapporteurs spelled out.

The independent experts are currently in contact with the authorities. 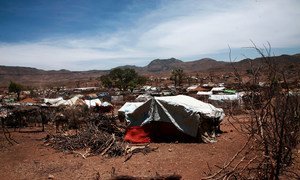 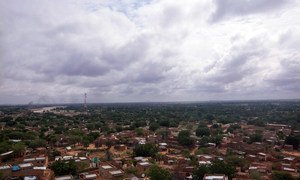 The United Nations Secretary-General has voiced deep concern over escalating violence in West Darfur and called on the Sudanese authorities to “expend all efforts” to end the fighting and protect civilians.