Progress is being made in the fight against leprosy, but millions are still affected by the disease, and many sufferers have to contend with social exclusion. On World Leprosy Day, marked annually on 31 January, experts are calling for an end to ongoing discrimination and stigmatization.

“We should learn from the history of leprosy. To better fight against an epidemic or a pandemic, we must eliminate discrimination and double standards for those who have been systematically left behind”. This is the message from Alice Cruz, an independent UN rights expert, and Special Rapporteur on the elimination of discrimination against persons affected by leprosy and their family members, on World Leprosy Day.

Ms. Cruz notes that the consequences of the COVID-19 pandemic – which range from deprivation of the right to education, housing and employment, to domestic and sexual violence – mirror those experienced by sufferers of leprosy (also known as Hansen’s disease) over thousands of years.

In May 2020, the independent UN expert raised the alarm of the disproportionate effect that the pandemic is having on leprosy sufferers, in an open letter addressed to governments in which she called for detailed actions plans.

In her message for World Leprosy Day, Ms Cruz warned that an inadequate response from countries where the disease is prevalent, is likely to lead to a setback in leprosy control, transmission and prevention of disabilities, as well as in the worsening of an already extremely precarious standard of living.

Leprosy is curable, if treatment swiftly follows a timely diagnosis, but if patients are not treated, they can be left with irreversible physical impairments and disabilities. However, in his message for the Day, Yohei Sasakawa, the World Health Organization (WHO) Goodwill Ambassador for Leprosy Elimination, points out that early diagnosis of leprosy and prompt treatment are not enough to overcome the disease.

“It also requires changing mindsets”, he says, “so that leprosy is no longer a source of shame or prejudice. We must remove all barriers in the way of those seeking medical care. We must eliminate the obstacles that prevent affected individuals and their families from living in dignity and enjoying all their basic human rights as full members of society”.

Mr. Sasakawa expressed confidence that the WHO’s Global Leprosy Strategy for 2021-2030 will generate new momentum in the fight against the disease, and looked forward to “an inclusive society in which everyone has access to quality treatment and services, and a diagnosis of leprosy no longer comes with a possibility of devastating physical, social, economic or psychological consequences”. 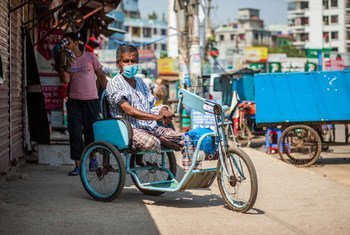 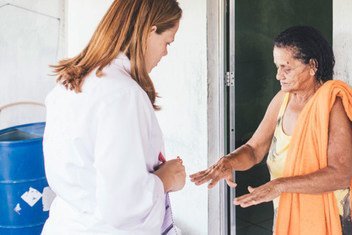 Governments must put an end to the informal segregation and institutionalized neglect of hundreds of thousands of women and children affected by leprosy, an independent UN human rights expert said on Sunday, World Leprosy Day.