© WFP/Leni Kinzli
Tens of thousands of refugees have crossed the border from Ethiopia to Sudan, fleeing conflict in Ethiopia’s Tigray region.

A second refugee camp has opened in Sudan for people fleeing violence in Ethiopia’s Tigray region carrying “little more than the clothes on their backs”, the UN refugee agency (UNHCR), said on Tuesday.

Nearly 600 people have been taken to Tunaydbah camp in Sudan’s Gedaref State, according to the UN refugee agency, UNHCR, after nearly two months of ongoing conflict across the border in Ethiopia, between federal Government troops and the Tigray People’s Liberation Front (TPLF).

UNHCR spokesperson Andrej Mahecic said that it was impossible to gauge the level of fighting in northern Ethiopia amid continuing access restrictions.

“Right now, we are unable to access the border from the Ethiopian side… As to the intensity of the fighting inside Tigray region, there’s nothing I can help you with at this stage,” he told journalists in Geneva during a regular briefing.

He added that those who had reached Sudan from Tigray told UN humanitarians that they had travelled for days.

“Latest arrivals tell of being caught in the conflict and being victims of various armed groups, facing perilous situations including looting of their houses, forceful recruitment of men and boys, sexual violence against women and girls,” Mr Mahecic said.

“Refugees are arriving with little more than the clothes on their backs, fatigued and in weak conditions… More than 30 per cent of them are estimated to be under 18 and five per cent over 60 years old.”

The UN agency continues to register new refugee arrivals at the Sudanese-Ethiopian border, where around 800 people have crossed into eastern Sudan so far this year.

Since early November, more than 56,000 Ethiopian refugees have fled the country, UNHCR said.

It has already moved many thousands from Hamdayet and Abderafi border points to Um Rakuba camp, located some 70 kilometres away from the Ethiopian border.

Most of the refugees in the camp and those crossing into Sudan are desperate for food, shelter, clean water, sanitation and health care, the agency has said, noting that many are women and children.

In a statement, UNHCR explained that the decision was taken to set up the new camp at Tunaydbah some 136 kilometres from Gedaref town because Um Rakuba is approaching full capacity.

Upon arrival at the new site, hot meals are provided and 1,000 tents have already been set up by partners to offer shelter for up to 5,000 people. More tents are being pitched as the relocation is set to progress in the coming days and weeks, Mr. Mahecic said.

More than 20 humanitarian partners are working in Um Rakuba and another six are starting activities in Tunaydbah to assist and engage the refugee and host community, providing shelter, health, food and nutrition services.

Although the Government of Sudan continues to welcome refugees, UNHCR appealed for additional support to complement the authorities’ response.

“It is critical to further improve water and sanitation conditions in the refugee camps and reception areas, as well as to ramp up COVID-19 prevention measures, including isolation facilities,” the UN agency said.

At the end of 2020, $40 million was pledged for UNHCR’s regional response to the emergency in Ethiopia’s Tigray region, but this covers only 37 per cent of the financial requirements in Sudan, Ethiopia, and Djibouti. 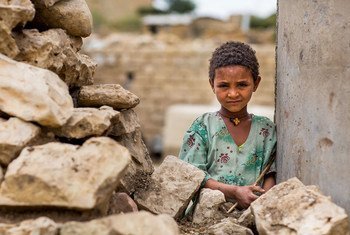 Some 25,000 Eritrean refugees, sheltering in two camps in the unsettled Tigray region of Ethiopia, have received desperately needed food aid for the first time since mid-October. 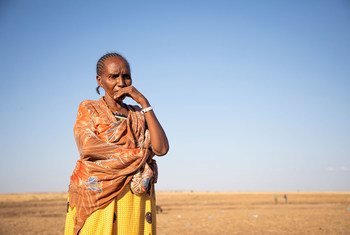 Reports of artillery strikes on civilians and mass killings of non-combatants in Ethiopia’s Tigray region, must be investigated and full access granted to independent investigators, UN rights chief Michelle Bachelet said on Tuesday.