The number of fish stocks subject to overexploitation in the Mediterranean and Black Sea has fallen for the first time in decades, offering some hope that a dangerous decline can be turned around, according to a report published on Monday by the UN Food and Agriculture Organization (FAO).

“The latest data suggest that a corner is finally being turned on overexploitation of the region's vital fish stocks”, the FAO said in a statement accompanying the report on the State of Mediterranean and Black Sea Fisheries (SoMFI 2020).

🔵 Here's a news to increase your #MondayMotivation's levels:

Although 75 percent of fish stocks remained subject to overfishing in 2018, that figure has come down from 88 percent six years earlier, the report said. In the same period, the exploitation ratio had fallen from 2.9 to 2.4 times the maximum sustainable yield – suggesting that the stocks were still being overexploited, but less so.

Since the last edition of the biennial report in 2018, six out of 18 fish stocks had seen an increase in biomass, and 46 per cent of assessed stocks now had high relative biomass – twice the level in the 2018 edition of the report. Improvements in priority stocks included European hake, which was showing signs of recovery in the Mediterranean, and Black Sea turbot.

"For the first time we can say that some positive signals are finally emerging in the sector", said Abdellah Srour, Executive Secretary of the FAO’s General Fisheries Commission for the Mediterranean, which publishes the SoMFI report. "While we know there is a lot more work still to be done before the region's fisheries are on a sustainable footing, we are pleased that we have begun to reverse some of the most worrying trends."

The decline appears to have stabilized since 2008 but there had been no obvious progress towards achieving the target, which calls for “restoring overfished stocks at least to levels that can produce the maximum sustainable yield”.

♦ Receive daily updates directly in your inbox - Subscribe here to a topic.
♦ Download the UN News app for your iOS or Android devices.
fish stocks|Agriculture and Fisheries

Coronavirus economics: Debt-laden countries at risk, as financial markets screech to a halt 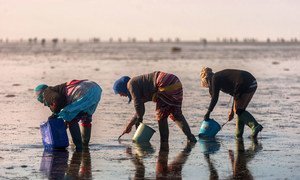 A deep dive into Zero Hunger: farming the seas

With the world population expected to rise to 9.7 billion by 2050, food production will need to keep pace, and experts believe the Ocean can provide much of the sustenance we need. The second story in our two-part series on aquaculture focuses on the opportunities for significantly scaling up fish farming. 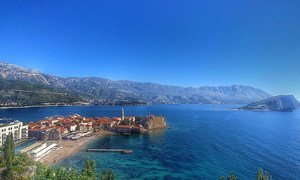