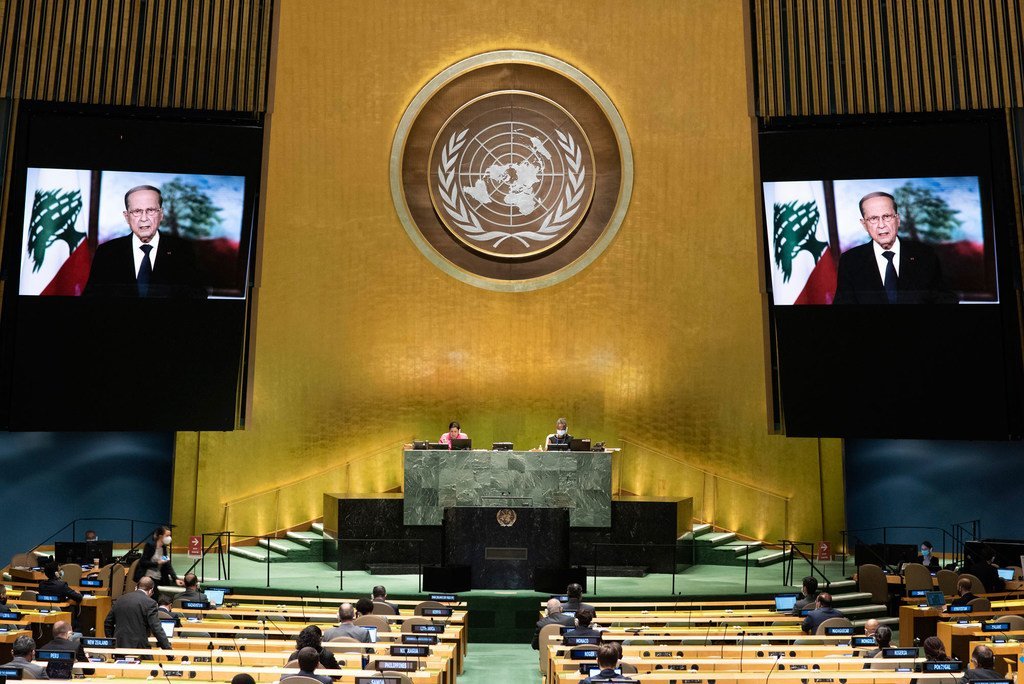 Lebanon will need support from the international community to rebuild in the aftermath of the devastating explosion in the port of its capital, Beirut, the country’s President told world leaders, gathered virtually at the United Nations General Assembly.

Addressing the Assembly’s annual debate, via a pre-recorded video message, President Michel Aoun, said one option could be to “divide the devastated area into geographical zones and let every country that wishes to help commit to a specific zone and undertake its reconstruction directly.”

According to World Bank, economic losses from the explosion are estimated at around $3.5 billion, material losses at around $4.5 billion, and urgent reconstruction needs at around $2 billion, he said. Almost 300,000 people lost their homes and physical infrastructure, including power and water networks were devastated.

“Beirut is trying today to rise from its ruins. Indeed, with the solidarity of all the Lebanese people and your support, it will heal its wounds and rise as it has done over and over again throughout history,” added the President.

Investigation into the explosion is also underway at the nation’s top penal judicial body, he said, stressing, “all Lebanese want to know the truth and see justice done.”

Calamities erupted all at once

When the disaster struck the port of Beirut, Lebanon was already suffering a severe recession, and fighting against the coronavirus pandemic, the President said, adding that as a result of all these calamities erupting at once, the country’s “very core” has been stricken from both a humanitarian and economic point of view.

In addition, Lebanon is also hosting people displaced from Syria, numbering almost a third of its own population, said President Aoun.

“The displacement has exacerbated the economic, social, health and humanitarian problems of the host community,” he continued, calling for intensified efforts for the safe and dignified return of the displaced.

The returns should not be linking it to a political solution in Syria, “especially since most of the Syrian territories have become safe” he reasoned.

Pending the desired return, and confirming the principle of common responsibility and burden sharing among States, the President also called on donor countries to honour their pledges and find a mechanism to follow-up on their commitments, in line with the agreed response plan for the country.

The President also welcomed the extension of the mandate of the UN Interim Force in Lebanon (UNIFIL) by the Security Council, noting that his country “highly appreciates” the close and continuous cooperation between the Force and the Lebanese Army.

In that context, he reiterated his country’s commitment to the full implementation of the Security Council resolution 1701, “because we believe that it will consolidate the foundations of stability and security in south Lebanon and benefits the entire region’s stability.”

Adding that any violations will “further complicate the situation,” President Aoun called on Israel to cease its land, sea and air violations of Lebanese sovereignty and stop trespassing in Lebanon’s airspace, using it to strike Syrian territories.

He called on the international community to “bind” Israel to its obligations.

♦ Receive daily updates directly in your inbox - Subscribe here to a topic.
♦ Download the UN News app for your iOS or Android devices.
UNGA75|Lebanon