The erosion of trust in public institutions, unequal access to health care and tensions around delicate peace negotiations, are among the risks amplified by COVID-19, which if not mitigated, could push more countries into violence, the UN political affairs chief told the Security Council on Wednesday.

Rosemary DiCarlo, Under-Secretary-General for Political and Peacebuilding Affairs, said the breakdown in public trust, while a problem before the pandemic, now has the potential to drive instability in settings where people perceive authorities have not addressed COVID-19 effectively or have not been transparent about its impact.

She said reports of corruption related to COVID-19 responses are only accentuating this trend.

So too is the aggravation of human rights challenges, she said, in particular, gender-based violence, which has surged as coronavirus lockdowns became necessary.  Many of the economic costs are disproportionately affecting women, who are over-represented in sectors hardest hit by shutdowns and layoffs.

There are also growing limits being placed on the media, civic space and freedom of expression, with social medial platforms meanwhile being used to spread disinformation about the virus.

Apprehension around decisions to postpone elections - or proceed with a vote – in the COVID-19 era pose still other risks to political and peace processes, Ms. DiCarlo said.

Counter-intuitively, there has not been a significant change in the dynamics of armed conflicts as a result of the pandemic.  As seen in the Sahel, the risk remains that parties use the uncertainty created by the pandemic to their advantage.  “We cannot but be concerned for the future”, she warned.

In response, the UN has adapted its operations to better support its missions, she explained.  The Departments of Political and Peacebuilding Affairs, Peace Operations and Operational Support, have joined forces to strengthen risk management systems and protect personnel.

At the same time, “Leadership from the Council - and the support of Member States with leverage - are essential if we are to change the calculations of conflict parties, open the space for dialogue, and end these wars,” she insisted.

The same holds true for preventing other situations from reversing gains. “The better the global response to the pandemic, the better our prospects for the prevention, management and resolution of conflicts around the world.”

Jean-Pierre Lacroix, Under-Secretary-General for Peace Operations, said countries where peacekeepers are deployed, suffer from weak health and governance structures, and a lack of the resources required to combat the pandemic.

In these environments, he said the effects of COVID-19 can undermine governance and local institutions and prompt a return to inter-communal conflict.

“Helping to prevent and contain the spread of the virus where peacekeeping operations are deployed is, therefore, not only a moral imperative, but also a political priority as well as an operational requirement”, he assured.

To this end, he said a number of measures have been put in place to prevent and contain the spread among field personnel.  Missions too have maintained political engagement and community outreach through virtual platforms, and undertaken public diplomacy initiatives to urge political unity, respect for human rights and in response to inter-ethnic incidents.

“The COVID-19 pandemic has undoubtedly had a significant impact on the conduct of our peacekeeping operations”, he said, citing the Juba peace talks on Sudan, whose parallel negotiating tracks were moved online and eventually resulted in a peace agreement between transitional authorities and participating armed groups.

Under-Secretary-General for Humanitarian Affairs and Emergency Relief Coordinator, Mark Lowcock said the full extent of COVID-19 in fragile countries is unknown, as testing levels are low, and in some places, people are reluctant to seek help if they fall sick.

“What is now sure - beyond reasonable doubt - is that the indirect consequences of the pandemic in the most fragile countries are dwarfing the impact of the virus itself”, he said.

Chief among them is the economic impact, as the global contraction has weakened commodity prices, forced declines in remittances and disrupted trade.  Lockdowns themselves are making it harder for people to make enough money to survive said relief chief Lowcock.

Beyond the economy, the biggest indirect effect is on public services, especially health and education.  “Any reduction in the availability of very basic health services makes a big difference in these countries”, he said.

Vaccination campaigns have been hampered in 45 countries already facing humanitarian or refugee crises, placing 80 million children under age one at risk of vaccine-preventable diseases.  More than half a billion children in fragile contexts have been affected by school closures.

Indeed, the pandemic has been more damaging than the financial crisis – yet the response has been far from exceptional.  “It barely justifies the description of tepid,” he lamented.  Low-income and fragile countries simply do not have the resources, capacity or market access needed to adopt the stimulus measures taken by more wealthy nations.

“Woefully inadequate economic and political action will lead to greater instability and conflicts in the coming years”, he cautioned.  And more crises will simply end up on the Council’s agenda. 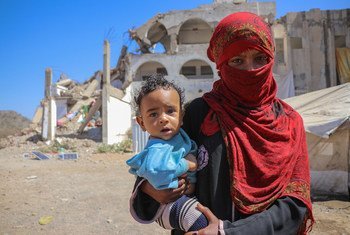 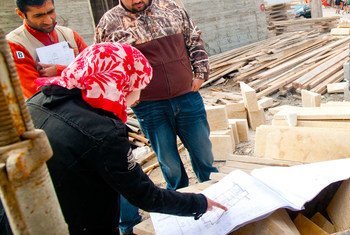 Women are key to response and recovery out of the COVID era: Deputy UN chief

Young women are fighting interconnected battles for “environmental, economic and racial justice”, the deputy UN chief said in a discussion on Thursday.