In an appeal to Member States, Dubravka Simonovic, Special Rapporteur on violence against women, said that action was needed now, to combat an “emerging fundamentalist discourse” and a “global backlash against women’s rights”.

She also called on Governments to keep women journalists safe by “fully implementing human rights instruments that are specifically aimed at eliminating discrimination against women and gender-based violence”.

Women journalists have become increasingly targeted as visible and outspoken representatives of women’s rights: Governments must do more to protect them against gender-based violence – @DubravkaSRVAW in a report to #HRC44.Read 👉 https://t.co/4RrYwup5V6#EndViolence pic.twitter.com/6TpyWnVzkH

Highlighting additional threats of violence against women during the COVID-19 crisis, the UN-appointed expert also urged all countries to support a UN-led strategy to combat and prevent such gender-based abuse.

“Women have a right to be safe in their own homes,” she said. “Any measures to combat the pandemic must respect human rights and take into account the needs of women in line with the UN Secretary-General’s appeal for ‘Peace at home’”, she said.

While rights’ movements, such as #MeToo and #NiUnaMenos, have highlighted sexual harassment and other forms of gender-based violence as well as offered a platform for women journalists to speak up against abuse, many are still reluctant to do so, according to the Special Rapporteur.

She highlighted that since 1992, 96 women journalists have been killed while doing their jobs, and although more male journalists have died, female reporters are subject in particular to gender-based violence.

This includes “sexual assault and rape, and particularly the threat of rape…to undermine their credibility and discourage them from working”, Ms. Simonovic explained.

Although they are transforming and reshaping society, they also enable new forms of online violence.

“Journalists face even higher levels of discrimination if they are not only women, but also indigenous, from a minority, lesbian, bisexual, transgender or intersex.”

She cited a 2019 study across dozens of newsrooms in five countries that indicated that women and minority journalists were not only more often targeted online, but that the attacks they experienced were particularly malicious and often highly sexualized.

Condemning “alarming increases” in gender-based violence against women, Ms. Simonovic also pointed to a survey by The Guardian Media Group in the UK that published millions of comments on its website, in which eight of the 10 most abused writers were women.

Despite some progress, the UN independent envoy maintained that “much remains to be done”, to stem the “alarming increases in gender-based violence against women around the world, including women journalists, during the Covid-19 pandemic”. 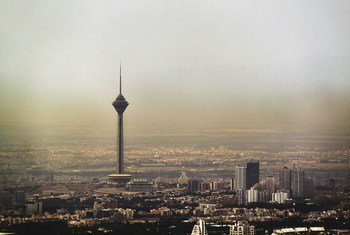 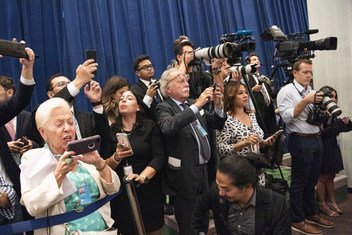