COVID-19: ‘Top priority’ must be on containment, insists WHO’s Tedros

UN Photo/Loey Felipe
An increasing number of New Yorkers appear to have started wearing face masks as a precaution against the coronavirus. The city recorded its first case 1 March.

COVID-19: ‘Top priority’ must be on containment, insists WHO’s Tedros

In total, 61 countries outside China have reported 8,739 cases of infection with 127 deaths, the World Health Organization (WHO) Director-General said.

Our message to all countries is: this is not one-way street. We can push this #coronavirus back.Your actions now will determine the course of the #COVID19 outbreak in your country.There’s no choice but to act now. pic.twitter.com/osNPVas2Tr

“The epidemic in the Republic of Korea, Italy and Iran and Japan are our greatest concern”, he said, before noting that a team of health professionals had arrived in Iran to deliver medical supplies and support the Government’s response to the disease.

Speaking to journalists in Geneva, Tedros noted that in the last 24 hours, there have been almost nine times more infections identified outside China than inside the country, where the virus emerged in December.

China seeing a fall in cases

The number of cases in China continues to decline, he added, with 206 cases detected on Sunday - the lowest since 22 January – and only eight cases identified outside Hubei province, the virus’s epicentre.

Meanwhile, authorities in the Republic of Korea reported 4,200 cases and 22 deaths - meaning that it has more than half of all cases outside China - but these infections appear to be coming from five known clusters rather than from wider community transmission.

“Surveillance measures are working, and Korea’s epidemic can still be contained”, Tedros insisted. “Knowing and understanding your epidemic is the first step to defeating it.”

“If this was an influenza epidemic, we would have expected a widespread community transmission across the globe by now - and efforts to contain it would not be feasible”, he explained.

“But containment of COVID-19 is feasible and must remain the top priority for all countries. With early aggressive measures countries can stop transmission and save lives.” 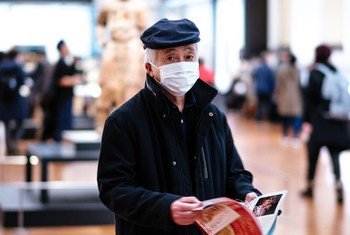 $15 million dollars has been released from the UN’s Central Emergency Fund to help fund global efforts to contain the spread of the COVID-19 coronavirus, particularly vulnerable countries with weak health care systems. 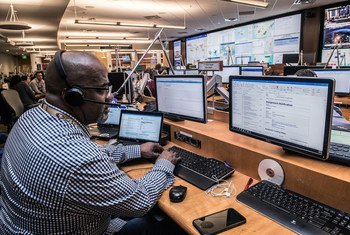 The World Health Organization (WHO) is warning that criminals are taking advantage of the spread of the COVID-19 coronavirus, to steal money or sensitive information.