Hyperinflation in Venezuela means that roughly one-third of the population – more than nine million people – do not get enough to eat and are in need of assistance, according to estimates published on Tuesday by the World Food Programme (WFP).

The finding is based on a Food Security Assessment conducted by the agency at the request of the Government between July and September of last year.

“Hyperinflation is affecting the ability of families to secure food and other basic needs,” according to the study.

“Fifty-nine percent of households have insufficient income to buy food and 65 percent are unable to buy other essential items such as hygiene products, clothes and shoes.”

Results indicate that nearly 18 per cent of households, or roughly one in five, has an unacceptable level of food consumption.  Of that number, 12.3 per cent were described as borderline, while 5.5. per cent have poor food consumption.

Meanwhile, overall consumption of meat, fish, eggs, vegetables and fruits is below three days a week for each of these food groups.

Most families surveyed, or 74 per cent, have engaged in food-related coping strategies such as reducing the variety and quality of food they eat. Sixty per cent reported reducing portion sizes.

To survive, 33 per cent of households have also accepted working for food as payment. Others have sold family assets to cover basic needs, or even spent their savings on food.

WFP said: “As families deplete the coping mechanisms they have been using to sustain basic food consumption, there are great concerns that nutritional needs will not be met in the short term. This will affect the most vulnerable, including children, pregnant and lactating women, and the elderly.” 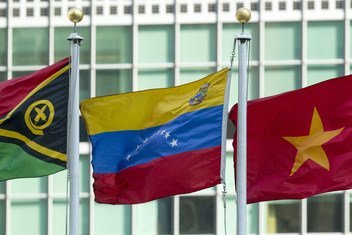 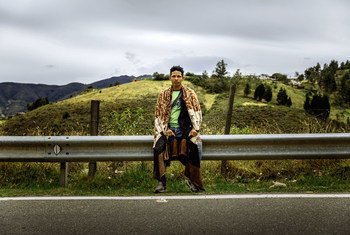 Demonstrations in Venezuela must be allowed to take place ahead of elections in 2020, the UN’s High Commissioner for Human Rights said on Wednesday, citing continued reports of harassment, threats, and detention by intelligence services and security forces.