UN Photo/Paulo Filgueiras
Mohamed Ibn Chambas, Special Representative of the Secretary-General and Head of the United Nations Office for West Africa and the Sahel (UNOWAS).
2 January 2020
Peace and Security

The head of the UN Office for West Africa and the Sahel (UNOWAS) has underlined the Organization’s support for Guinea-Bissau following the conclusion of its presidential election.

SRSG Ibn Chambas commends the successful conduct of the presidential election in #GuineaBissau and urges party supporters to continue to show maturity
He reiterates @UN commitment to continue supporting Government and people of Guinea Bissauhttps://t.co/ZaX0uog8VC pic.twitter.com/wOOLz7zPi6

UN Special Representative Mohamed Ibn Chambas praised the successful conduct of the poll and the peaceful atmosphere throughout the process.

“The Special Representative commends the two candidates for their magnanimity and grace in accepting the results, and urges all party supporters to continue to show maturity and exercise restraint in the post-election period”, according to a statement issued on Wednesday following his three-day visit to the country.

“The Special Representative congratulates the Electoral Commission for the exemplary conduct of the electoral process which marks an important step forward in Guinea-Bissau’s democratic development.”

Mr. Ibn Chambas underlined the UN’s commitment to Guinea-Bissau as the country continues efforts towards consolidating peace and development.

The President-elect, a former army general, obtained nearly 54 per cent of the votes, according to media reports.

Mr. Simões Pereira, the ruling party candidate, received more than 40 per cent of votes in the first round held in November and just over 46 per cent in the run-off on Sunday.

He reportedly will contest the results.

♦ Receive daily updates directly in your inbox - Subscribe here to a topic.
♦ Download the UN News app for your iOS or Android devices.
UNOWAS|Guinea Bissau 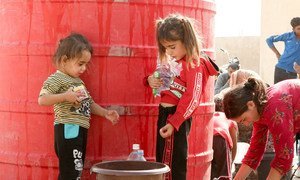 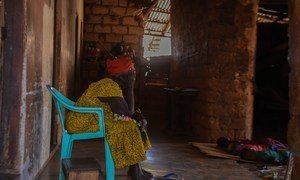 Since the inauguration of Guinea-Bissau’s new Government in July, the political arena has been dominated by preparation for presidential elections, the assistant chief for UN peacekeeping operations in Africa told the Security Council on Tuesday, briefing members on the state of the nation, and the UN peacebuilding office there (UNIOGBIS).