The challenges faced by landlocked developing countries (LLDCs), some of the poorest in the world, can be overcome through more effective partnerships, UN Secretary-General António Guterres declared on Thursday, at a conference held at UN Headquarters in New York.

5 years ago, the Int'l community gathered in Austria to adopt the Vienna Programme of Action for Landlocked Developing Countries. Tomorrow we will convene the Midterm Review of the Programme. Join us live https://t.co/lc1J0oG7MH as we review its progress. #LandlockedToLandlinked pic.twitter.com/PP8lPDCBEZ

The Midterm Review of the 10-year Vienna Programme of Action For Landlocked Countries, is an opportunity for the international community to renew commitments made, to lifting LLDCs out of poverty.

Challenges they face include underdeveloped forms of connectivity, from roads to railways and internet infrastructure, a lack of access to sea ports, and poor integration into global and regional markets.

Cooperation amongst the countries concerned is therefore crucial, said the UN chief: “We need the right policy mix; increased investment, reliable transit infrastructure, efficient customs operations and improved access and use of technology”.

The international community should support landlocked countries, he said, in building up their private sectors, enhancing the business environment, and strengthening statistical systems, because policies must be based on data.

The UN chief pointed to “headway in some key areas”. These include higher GDP in many of the countries; and progress on indicators related to health, education, energy, gender equality and ICT (Information and Communication Technology).

Since the Vienna Programme was adopted in 2014, LLDCs are now benefiting from modest increases in development aid from governments, as well as increased aid for trade and cooperation between developing countries.

Struggling ‘in the shadows of historical injustices’ 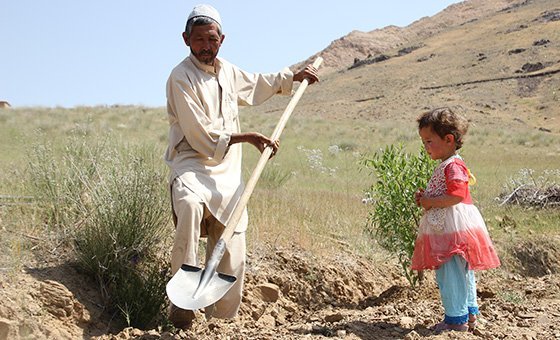 Khair (left) is the father of seven children, who is no longer able to feed them. The drought has destroyed his land in Daykundi Province, Afghanistan; and this year he harvested nothing. (June 2018), by UNICEF/Adrak

However, the Secretary-General warned that much more needs to be done, a sentiment echoed by Tijjani Muhammad-Bande, the President of the General Assembly, in his speech to the conference.

Ramped-up action is sorely needed if the international community is to change the “grim picture” of the current situation for LLDCs, many of which “continue to struggle in the shadows of historical injustices”, he said, going on to list some of the severe problems these countries face.

Economic growth in the landlocked developing countries has declined in the last five years, one third live in extreme poverty, and the average ranking for LLDCs in the United Nations Development Program (UNDP’s) Human Development Index lags behind the world average by 20 per cent.

Undernourishment in landlocked developing countries reached a rate of 23.2 per cent in 2016, and food insecurity affects 51.6 per cent of their population, a problem that is compounded by the effects of climate change. In addition, 40 per cent of the population of these nations do not have access to electricity.

Deal for landlocked countries a ‘testament to multilateralism’: GA President

The General Assembly President outlined the types of action that can support the sustainable development of landlocked developing countries.

Some government programmes and grassroots anti-corruption movements have used digital technology to tackle illicit financial flows; financing for micro, small and medium-sized enterprises needs to be strengthened; economic governance and business regulation should be improved; and technical support should be provided, for infrastructure and transport development projects.

“To ensure sustainable development for generations to come we must work together now”, said Mr. Muhammad-Bande. “Our actions must be guided by the spirit of cooperation and solidarity”.

♦ Receive daily updates directly in your inbox - Subscribe here to a topic.
♦ Download the UN News app for your iOS or Android devices.
LLDCs|Landlocked developing countries|UN-OHRLLS 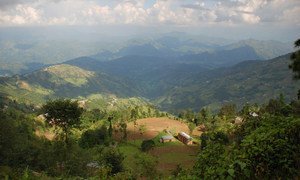 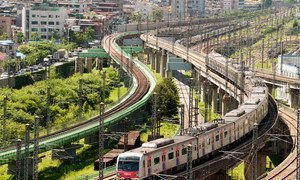